The realme C11, C12, and C15 are likely to be similar models bearing the same design

The number of smartphones from realme continue to come unabated. Product certifications new model was spotted a few days ago and it's confirmed to be the realme C12. Now, the same device has been found on Geekbench, confirming a few basic tech specs of the smartphone.

Based on the Geekbench record, the realme RMX2189 smartphone comes with 3GB of RAM and an 8-core CPU that's identified as the ARM MT6765G. It's quite likely that the chipset for this device is the Helio P35 chipset, which shares the same 2.3GHz CPU clock speed as recorded on the benchmark. If that's the case, we can expect this device to have the PowerVR GE8320 GPU and supports two cameras at the back. 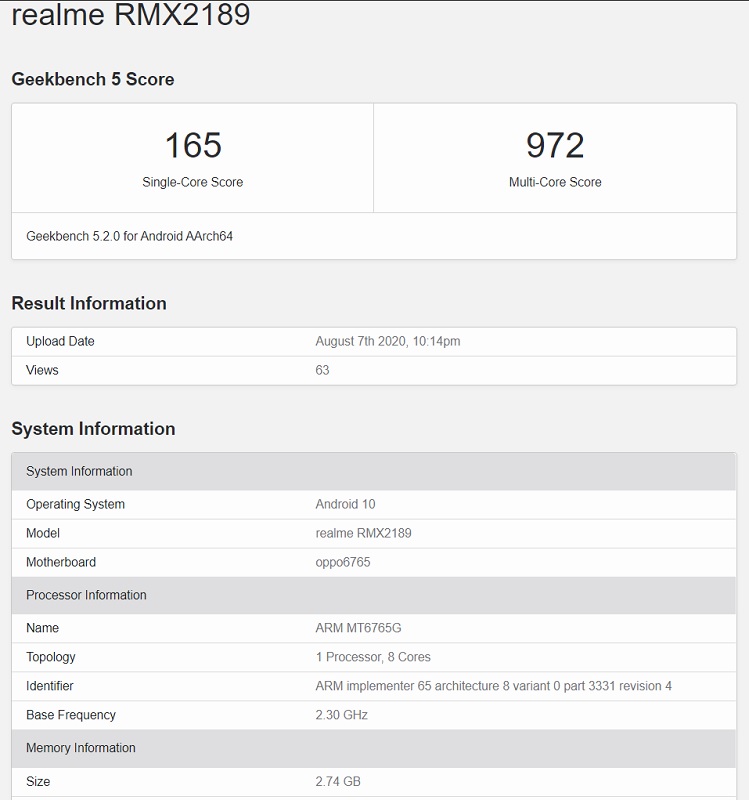 Besides that, our previous news on the realme C12 also confirmed that the phone will have a large 6000mAh battery and charges at 10W, so no fast-charging. As you can see, so far this device shares a lot of specs as the realme C11 and realme C15, which are also expected to launch around the same time. With that being the case, the C12 should also sport a 720p display and about 32GB of internal storage.

With these phones set to launch in Indonesia, there's a chance that Malaysia will be getting this soon. But with that said, would you be interested in the realme C12? Let us know on our Facebook page and stay tuned to TechNave.com for more news.