realme GT Master Edition could come with a Pro model 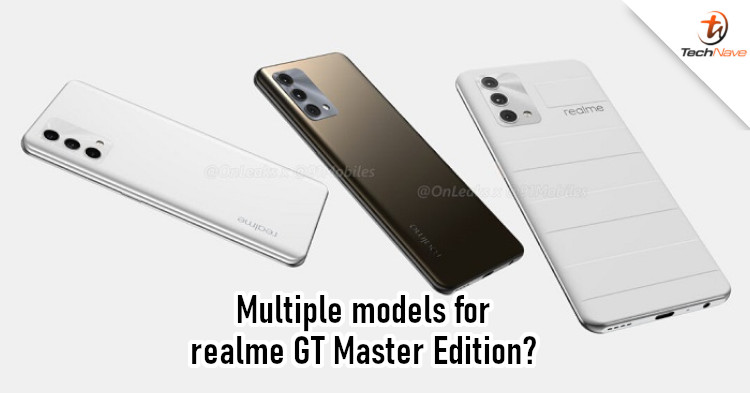 Render from OnLeaks via 91Mobiles

In March, realme launched its first foray into gaming smartphones with the realme GT 5G. It wasn't that long before news of new variants started popping up. In fact, there's going to be a new one soon called the realme GT Master Edition and it could come with more than one model.

According to Gizmochina, a leaker has claimed that there would be more than one version of the realme GT Master Edition. There is a model that is tentatively given the realme GT Pro Master name. Of course, that's apparently not the actual name of the product. However, the leaker does mention that realme might provide some promotional teasers this week.

The realme GT Master is expected to feature the Snapdragon 778 chipset in terms of tech specs, while the Pro variant would use the Snapdragon 870 chipset. They're also expected to have a 6.55-inch AMOLED display with support for a 120Hz refresh rate, a 32MP front camera, and a rear triple-camera (50MP+16MP+2MP) module. Besides that, the design for the two phones was also revealed thanks to renders.

Currently, all we have are the claims of a Chinese leaker. While the info could be accurate, it's best to take the rumour with a grain of salt. Having said that, are any of these extra realme GT variants interesting for you? Share your thoughts about them in the comments! For more updates about it, stay tuned to TechNave.com.