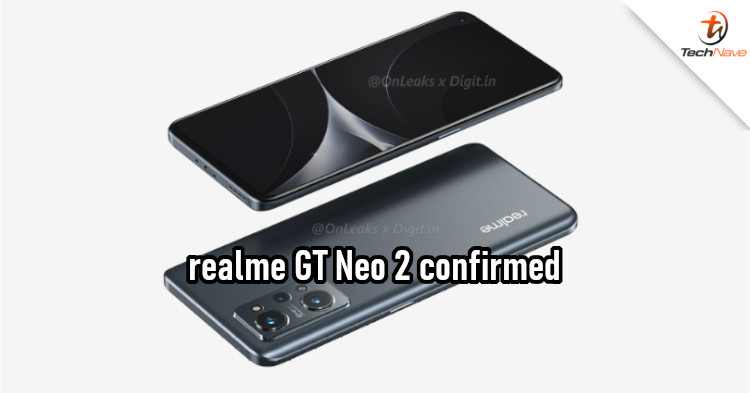 Last week, it was rumoured that realme was planning to launch the GT Neo Gaming. But that doesn't seem to be the only model that will be launching soon. Sources have spotted another one called the realme GT Neo 2.

realme has confirmed that the realme GT Neo 2 will be coming soon. The teaser visual shows that the phone will come with a triple-camera setup and a curved back. It's also available in silver, black, and light-purple colours. Based on the image, this is clearly a different model than the GT Neo Gaming spotted previously. However, both models may launch together.

There are also some details about the new model. According to Abhishek Yadav, the realme GT Neo 2 will feature the Snapdragon 870 chipset, 8GB of RAM, and 128GB of storage. Also, the triple-camera is a 64MP+8MP+2MP setup, while the front camera is a 16MP sensor. It'll also have a 6.62-inch FHD+ display with a 120Hz refresh rate and a 5000mAH battery.

We still don't have the retail price or exact launch date yet, but we think the two new realme phones will be launched in the next week or so. Stay tuned to TechNave for more updates on that, and do leave your comments below.