Last week, we a new certificate is found on 3C certifications for the latest realme GT as well as the launching date. Today, we got the color design of the realme GT leaked from the ShangHai World Congress (MWC) decoration posters as well as new details on the tech specs.

According to the vice president of realme, Xu Qi, the realme GT will sport the Snapdragon 888 chipset and support an enhanced version of Wi-Fi 6. Besides, the posters from Shanghai World Congress (MWC) decorations that will start next Tuesday also reveal the aforementioned smartphone coming in with a special yellow and black color design with the blank part extending from the camera module to the bottom. 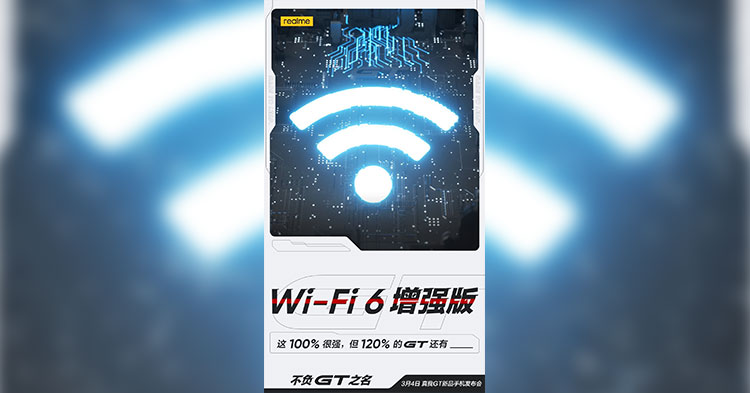 As a recap on the other tech specs that we reported earlier, the realme GT is expected to come with a 6.8-inch 120Hz refresh rate display with 12GB of RAM and 256GB of storage. As for the cameras, it is expected to sport a triple rear camera setup ((64MP+13MP+13MP) and  will be equipped with a 5000mAh battery and run on realme UI 2.0 based on Android 11.

Either way, there is no official confirmation on the tech specs and release dates yet, so do take this with a pinch of salt. Let us know what more do you expect from the realme GT at our Facebook page and stay tuned for more tech news updates on TechNave.com.