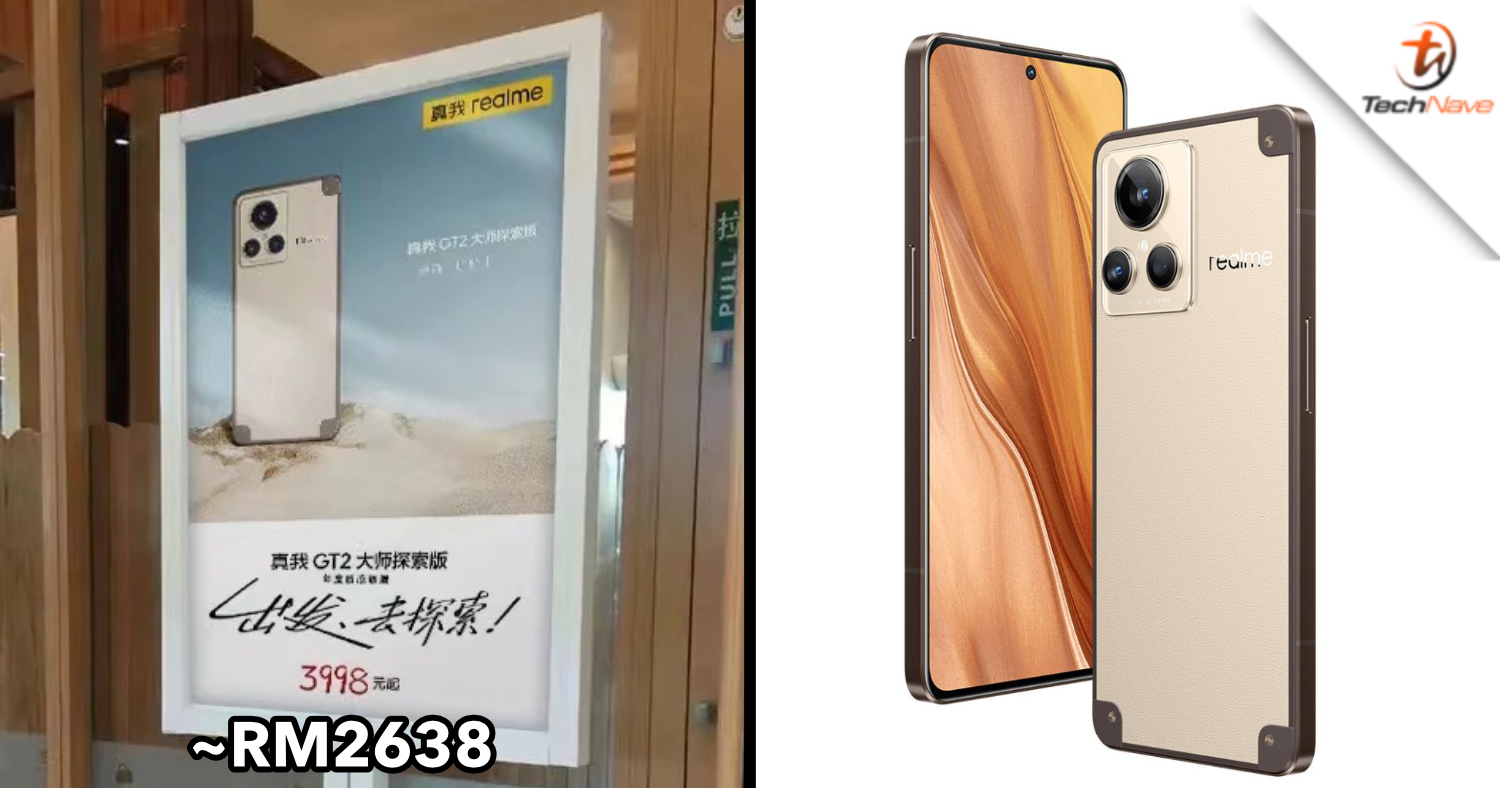 The highly-anticipated realme GT2 Master Explorer is set for release tomorrow (12 July 2022) in China, though we may not need to wait for the launching event to know the starting price of the device. This is thanks to a leaked retail image of the device which shows that the series will start from CNY3998 or ~RM2638.

Shared by reliable tipster Ice Universe on Weibo, the image shows a promotional poster of the GT2 Master Explorer in front of a retail store. At the very bottom of the poster, the price of the device was unceremoniously revealed by the unnamed retailer.

If this price point turns out to be true, then the GT2 Master Explorer should be a highly competitive smartphone in the high-end Android segment. With a sub-RM3000 starting price, its high-end specs really makes this realme smartphone one of the best bang-for-your-buck devices out there.

Previously, we reported that realme has revealed various information regarding the smartphone’s specs, including:

According to Ice Universe, the GT2 Explorer will come in three variants, which are 8/128GB, 8/256GB and 12/256GB, with the ~RM2638 price may potentially be for the first configuration. However, do take the alleged price leak with a grain of salt as nothing is confirmed as of yet.

Well, we just have to wait for another one day for confirmation, don’t we? So, do stay tuned to TechNave as we share with you the latest on this upcoming realme device as well as other trending tech news!