realme Narzo 30A, Narzo 30 Pro 5G, and Buds Air 2 officially confirmed to be launched on 24 February 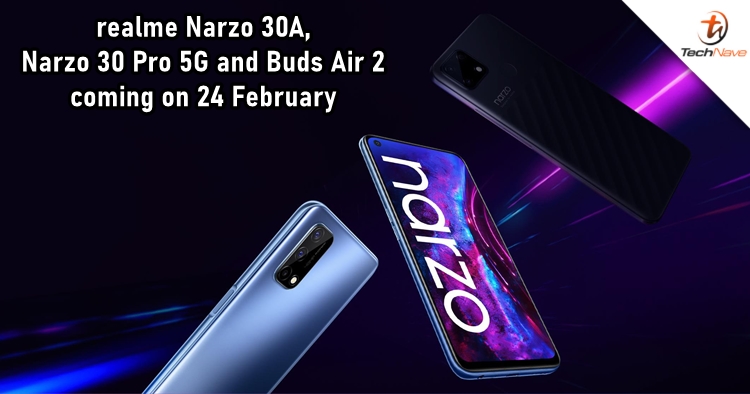 Yesterday, a picture of realme India CEO Madhav Sheth holding the upcoming Narzo 30 Pro 5G had caused a stir by revealing the device's design. Today, it has been announced that other than the Narzo 30 Pro 5G, the Narzo 30A and Buds Air 2 will also be coming on 24 February.

In the latest tweet, the brand officially announced that the launch event will happen at 12 PM IST (2:30 PM Malaysia time) on 24 February. If you're interested, you can watch the live event through realme India's YouTube channel. 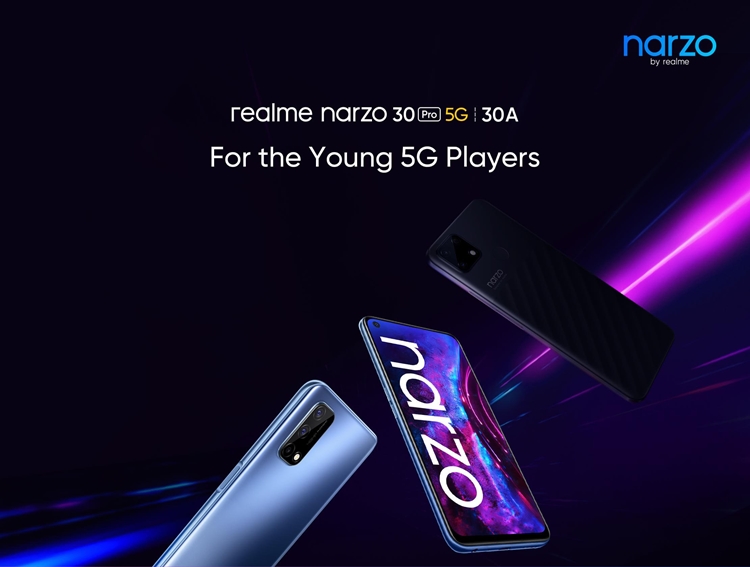 According to previous rumours, the Narzo 30 Pro 5G is likely to feature a 6.5-inch IPS LCD FHD+ display, 4/6GB of RAM, 64/128GB of storage, triple rear cameras with a 48MP + 8MP+ 2MP setup, a 4,880mAh battery with 65W fast charging, and a side-mounted fingerprint sensor. For the Narzo 30A, we can see from the poster that it will have a triple camera setup as well and nothing else is known for now. Besides that, the Buds Air 2 is also finally coming after leaks appeared earlier.

Let us know if you're excited about the launch on our Facebook page. Stay tuned to TechNave.com for more smartphone news.