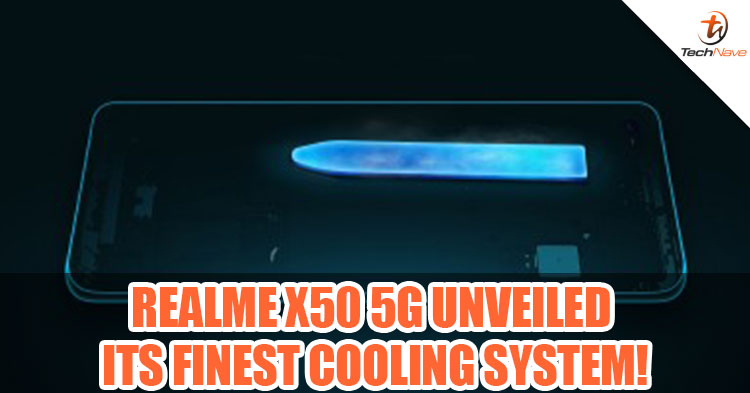 Realme is slowly revealing its first 5G smartphones such as the tech specs and the design of the realme X50 5G since last week. Today, the company has revealed its coming colling system on the smartphone.

The realme X50 5G will be equipped with a five-dimensional ice-cooled heat dissipation system that will get a 100% coverage of the core heating sources instead of the traditional heat-sinking tube. It will also be having an 8mm ultra-large liquid-cooled copper tube 3.0 in the colling system. 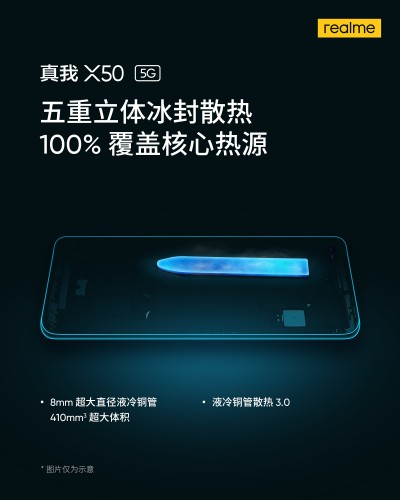 As for the tech specs, realme has confirmed with the Snapdragon 765G SoC and the punch hole dual selfie camera design on the 6.6-inch LCD display. Also a 64MP quad-camera setup and a 30W fast charging technology. It is expected to be unveiled before 25 January 2020.

Either way, there’s no official confirmation on the other tech specs and the releasing dates yet, so do take this with a pinch of salt. But will this be your next smartphone? Let us know at our Facebook page and stay tuned for more news updates on TechNave.com!