Current Location: Home > News > realme X50 Youth Edition could be coming soon, with changes made to the front and rear cameras

realme X50 Youth Edition could be coming soon, with changes made to the front and rear cameras 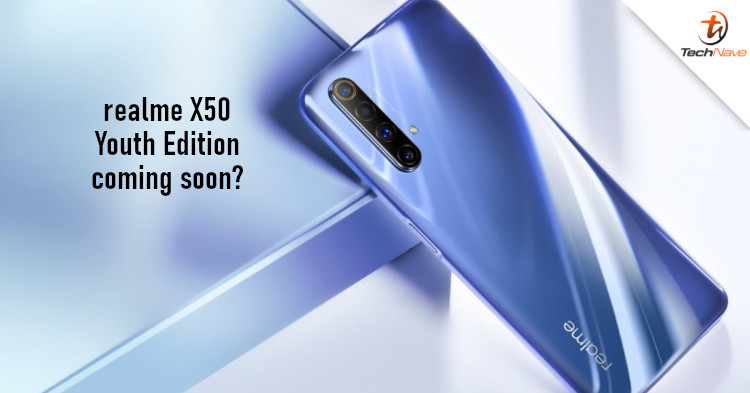 Back when realme launched the X50 series in February 2020, some were hoping for a more affordable lite version of the phone. It looks like there is going to be one after all, as a new rumour suggests that there is a realme X50 'Youth Edition'. Fancy name aside, this is essentially meant to be the lite variant of the series.

There's no mention about the other specs yet, but we don't expect there to be a lot of changes. The only other possible change could be the choice of the chipset, though it has been confirmed that it will continue providing 5G support. So, aside from the Snapdragon 765G chipset, the only other mid-range 5G chipset would be MediaTek's Dimensity 800 chipset.

realme's X50 Youth Edition is likely real but the details stated above haven't been confirmed, so do take the news with a pinch of salt. Having said that, would you be interested in getting this model if it launches here in Malaysia? Let us know on our Facebook page and stay tuned to TechNave.com for more updates on this.