realme will be launching realme Flash alongside the MagDart charger Earlier, it was reported that realme is working on its own version of MagSafe, dubbed "MagDart". Today, the brand posted a teaser on its social media by hinting at a release of a smartphone that will come with the support for its own magnetic charging technology. After that, GSMArena has also received exclusive details regarding the device and realme is calling it "the first Android smartphone that supports magnetic wireless charging".

The smartphone, known as "realme Flash", is going to be the first realme or Android device that allows a charging device to be attached to its body through the magnet. Other than that, realme also provided a look at the MagDart that features a giant body and a fan to keep thermals in check while charging. Compared to the stylish and small MagSafe, we're not sure if this bulky design would be attractive to the customers. 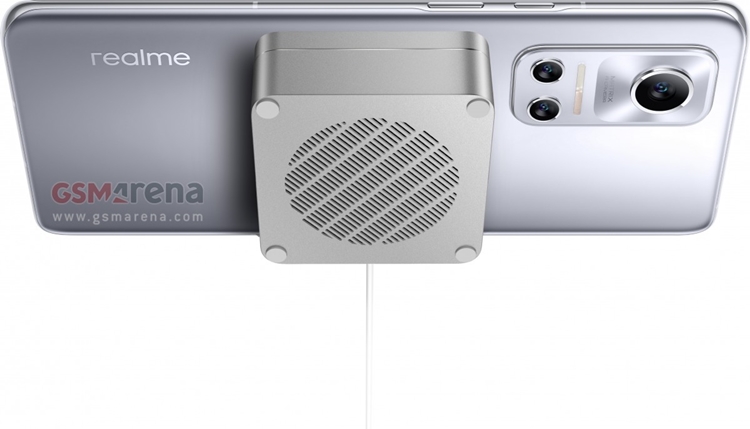 Furthermore, the MagDart is said to come with speeds that exceed 15W of wireless charging with the presence of a giant fan and pack a USB-C connector. For the realme Flash, it could be a device that is powered by the Qualcomm Snapdragon 888 paired with 12GB RAM and 256GB of internal storage. It is suggested to bring a triple-camera setup as well.

Let us know what you think about realme's MagDart and Flash on our Facebook page. Stay tuned to TechNave.com for more smartphone updates.