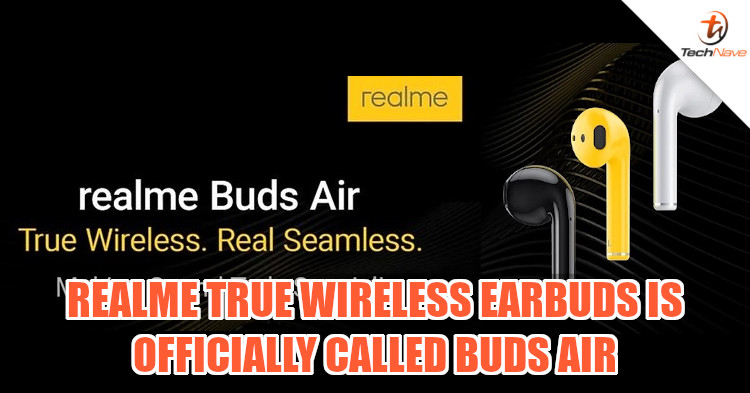 Many of you have noticed how wireless earbuds are trending these days. It's not just first-party ones like Huawei's Freebuds 3, but also popular third-party ones like the Sony WF-1000XM3. Now, realme has confirmed that its own version will be called the Buds Air.

According to Gizmochina, realme's new true wireless earbuds will debut as the Buds Air in India soon. It features 12mm drivers and a design that's rather similar to Apple's Air Pods. In addition, it's expected to come with touch controls, voice assistance, and Bluetooth 5.0 support. It will also be available in three colours of black, white and yellow.

Would the Buds Air will retain the same name in Malaysia and how much would it cost here? Hopefully, more news will be announced soon. Let us know if you'd buy this over other available options. Also, stay tuned to TechNave.com for more news like this.