vivo NEX 5 could arrive with a large camera bump 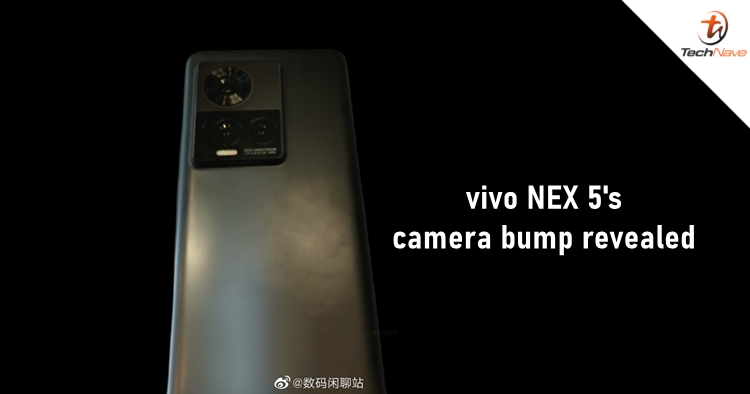 Recently, we've seen a report saying that the upcoming vivo NEX 5 will feature a 7-inch display. Until now, we found out that the screen might not be the only thing that is gigantic. According to a leaked real-life image, the device could also feature a large camera bump on the rear.

A real-life image dug up by NotebookCheck reveals the vivo NEX 5's camera bump that houses three large sensors (possibly with an extra small sensor) and an LED flash. The same image also appeared on tipster Digital Chat Station's Weibo account before, but it has been taken down due to unknown reasons.

It's not that surprising to see 2022 flagships have this kind of large camera bumps, especially those with large sensors or periscope lenses. Besides that, blogger Bald Panda has also shared that the device will arrive in an 8GB RAM + 256GB storage, 12GB RAM + 256GB storage, and a 12GB RAM + 512GB storage configurations. It might also have Earth Gray and Night Black as some colour options.

What do you think about the camera bump on vivo NEX 5? leave a comment to let us know, and stay tuned to TechNave.com for more smartphone news.