vivo Pad could have 44W fast charging and 120Hz display 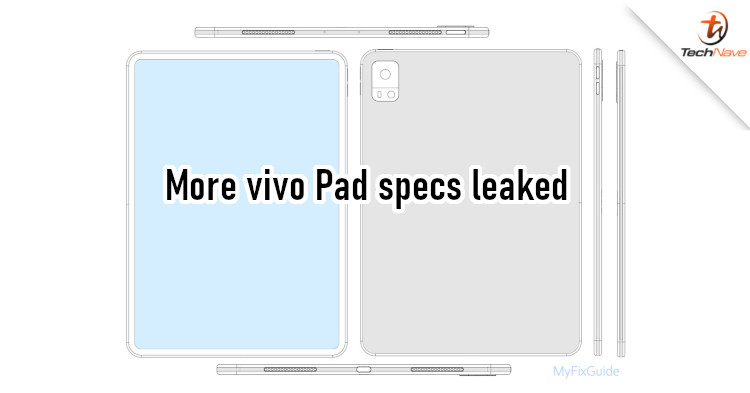 Last November, it was rumoured that vivo could launch its Android tablet in Q1 2022. The vivo Pad will be the company's first tablet, and it will be an affordable flagship device. Earlier today, we got more info on the tablet's specs.

According to Digital Chat Station, vivo doesn't plan to position the vivo Pad too high. That's because it's allegedly going to have the Snapdragon 870 chipset, which is a cheaper chipset but powerful enough to be flagship-class. It would also have a front camera that's in the bezel. If you want a comparison, this model's design is similar to the Xiaomi Pad 5 Pro.

Besides the chipset, the tablet's display should be similar to the Xiaomi Pad 5 Pro - a 120Hz refresh rate panel. The vivo Pad will also come with 44W fast charging and a battery of over 8000mAh (previous rumour says 8040mAh). It's suggested that this model could be priced around 2000 yuan (~RM1320), which makes it significantly more affordable than most flagship tablets.

As usual, these details might not be accurate, so take them with a grain of salt. Currently, we're expecting this tablet to launch after Chinese New Year. But would you be interested in getting it? Let us know in the comments, and stay tuned to TechNave for more updates about it.