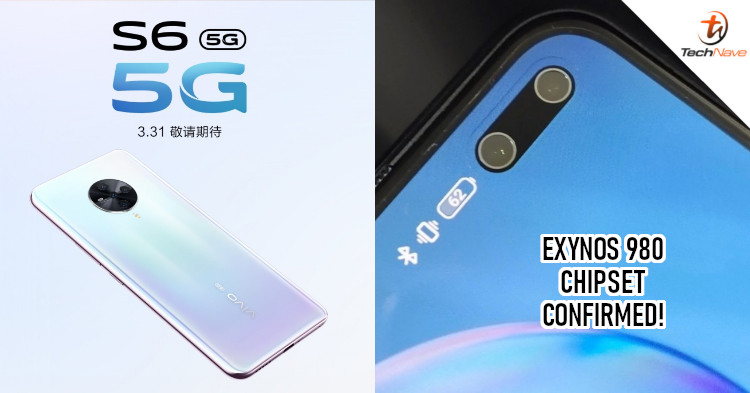 The vivo S6 5G is expected to launch next week but many of its specs have already been leaked. Before this, many believed that it will be using a Snapdragon 765 5G chipset. However, a new benchmark record for the device suggests that it's going to be running on a Samsung chipset instead.

According to the Geekbench score, the vivo S6 5G (model number V1962A) uses the Exynos 980 chipset. This isn't the first time we've seen a vivo device with this chipset, as the vivo X30 and X30 Pro launched last year also featured the Exynos 980. Since the vivo S6 5G is meant to be a 5G device, this powerful mid-range chipset fits the requirements just as well as the Snapdragon 765 5G chipset.

Besides the chipset, the benchmark record also confirms that the device has 8GB of RAM. A few other specs have also been found in a TENAA listing, which shows that the phone comes with up to 256GB of internal storage, 4390mAh battery, and a 6.44-inch Super AMOLED display. In terms of cameras, it was confirmed that there would be a dual front selfie camera setup, while the back should have a quad rear camera setup.

From the specs revealed so far, the vivo S6 5G is looking to be an interesting 5G device that's going to be relatively affordable. Having said that, are you convinced by what it has and would consider buying it? Let us know on our Facebook page and stay tuned to TechNave.com for more news.