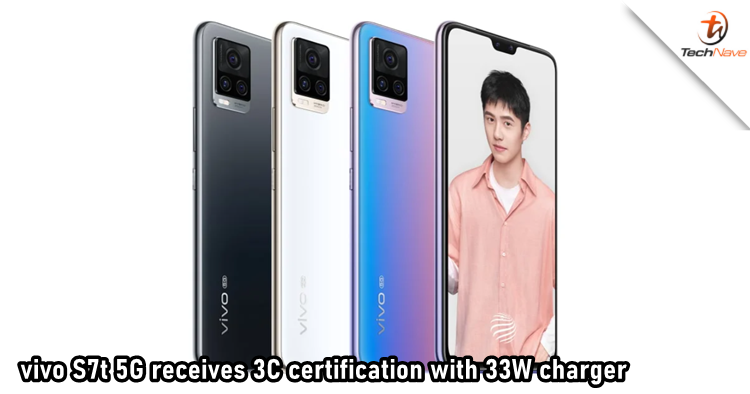 After bringing the vivo S7 5G and S7e 5G to the market last year, the company is rumoured to be announcing the third device for the series soon. The vivo S7t has appeared earlier on Weibo and it is said to feature a MediaTek Dimensity 820 chipset and five cameras. Now, the device has received 3C certification along with a 33W charger.

The vivo S7t with a model number V2048A was recently certified by the 3C certification platform of China. It also reveals that the retail package of the device may include a 33W fast charger. Moreover, this is not the first time we see the model number as it had appeared once before on Geekbench with 8GB of RAM and Dimensity 820 chipset.

For the tech specs, the device is expected to be similar to the S7 5G that sports a 6.44-inch AMOLED display. The five cameras mentioned could also include a 44MP sensor and an 8MP sensor on the front, with a 64MP being housed at the rear. It might sport a 4,500mAh battery as well and runs OriginOS based on Android 11.

Let us know what you think about the vivo S7t on our Facebook page. Stay tuned to TechNave.com for more smartphone news.