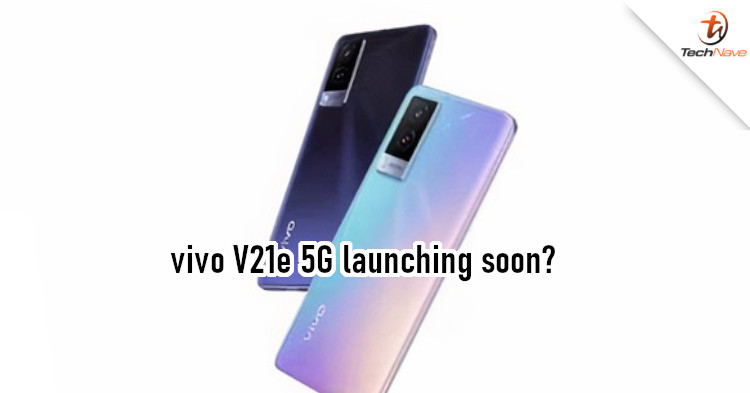 A few weeks ago, specs for the vivo V21e 5G appeared on Geekbench and Google Play Console. It's strong evidence that the device is on the way, but the question was when? Well, the latest leak suggests that the launch would be pretty soon.

Thanks to @heyitsyogesh on Twitter, we have an official glimpse of the vivo V21e 5G. The device is being endorsed by the popular cricket player Virat Kohli, which probably means it'll launch in India first. From the poster, you can see that it has the same Diamond Flare and Roman Black colours as the vivo V21e. However, it only has a dual-camera (64MP+8MP) at the back.

Speaking of the cameras, the one on the front is also different. Instead of a 44MP selfie camera, the vivo V21e 5G has a 32MP camera instead. vivo has also swapped the chipset for a Dimensity 700 5G chipset and a faster 44W fast charger. Besides those, most of the other specs remain the same. This includes the 8GB RAM with 3GB virtual RAM, 128GB storage, 4000mAh battery, and 6.44-inch AMOLED display.

Since vivo is pretty big in Malaysia, we can expect the local launch to come very soon. If that's the case, we'll probably get an official announcement soon. Stay tuned to TechNave for updates on that!