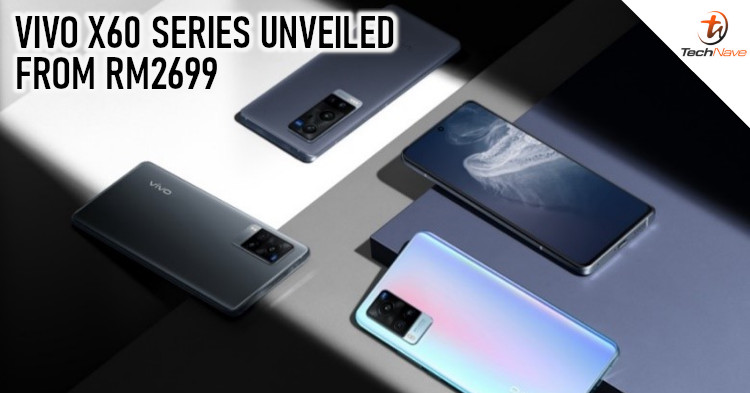 vivo Malaysia has officially announced that the vivo X60 series which consists of the vivo X60, as well as the vivo X60 Pro, at the price of RM2699 and RM3299 respectively. If you’re interested in getting the aforementioned smartphones, you can pre-order them starting from 22 March until 26 March 2021 at all vivo concept stores located across the nation.

In addition to that, depending on the device you pre-ordered, you’ll be eligible for a bunch of free goodies such as a 1-year extended warranty + 1-year screen crack protection, luggage, case, and more that’s valued up to RM359. But that’s not all, there’s a promo happening from 27 March until 4 April 2021 where you can get the X60 premium gift box which includes a case and thumb drive worth RM159. 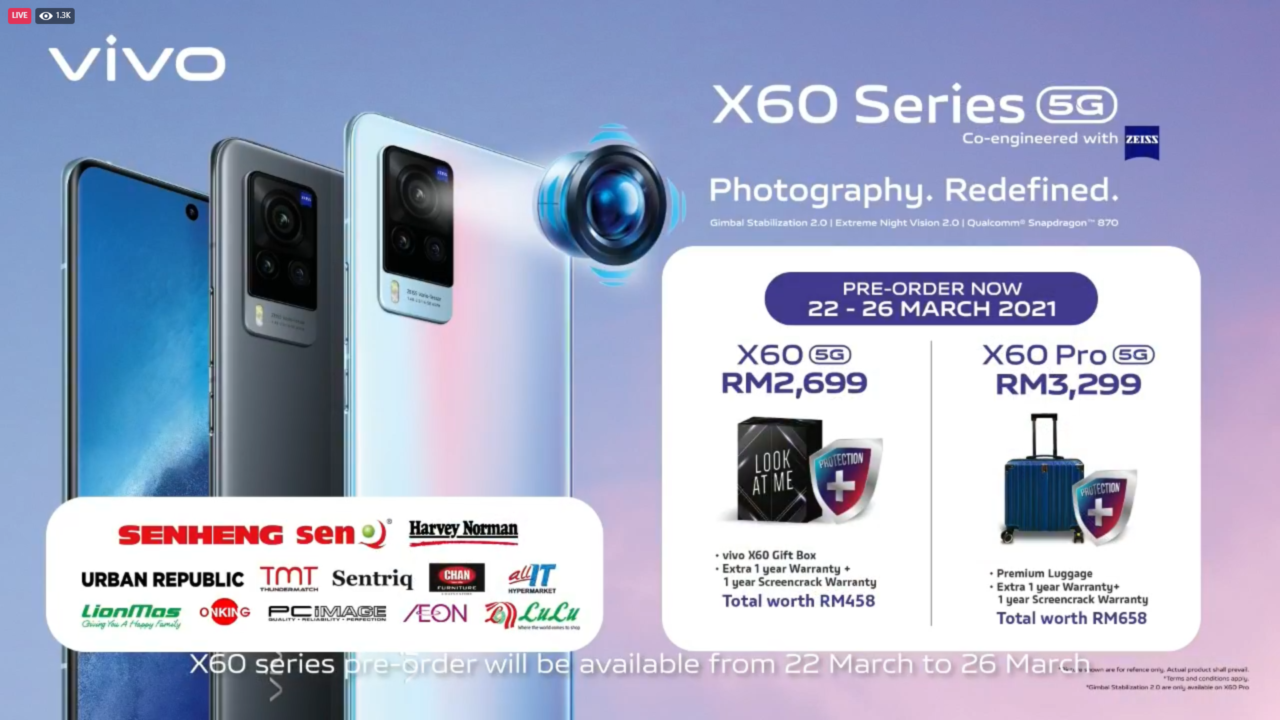 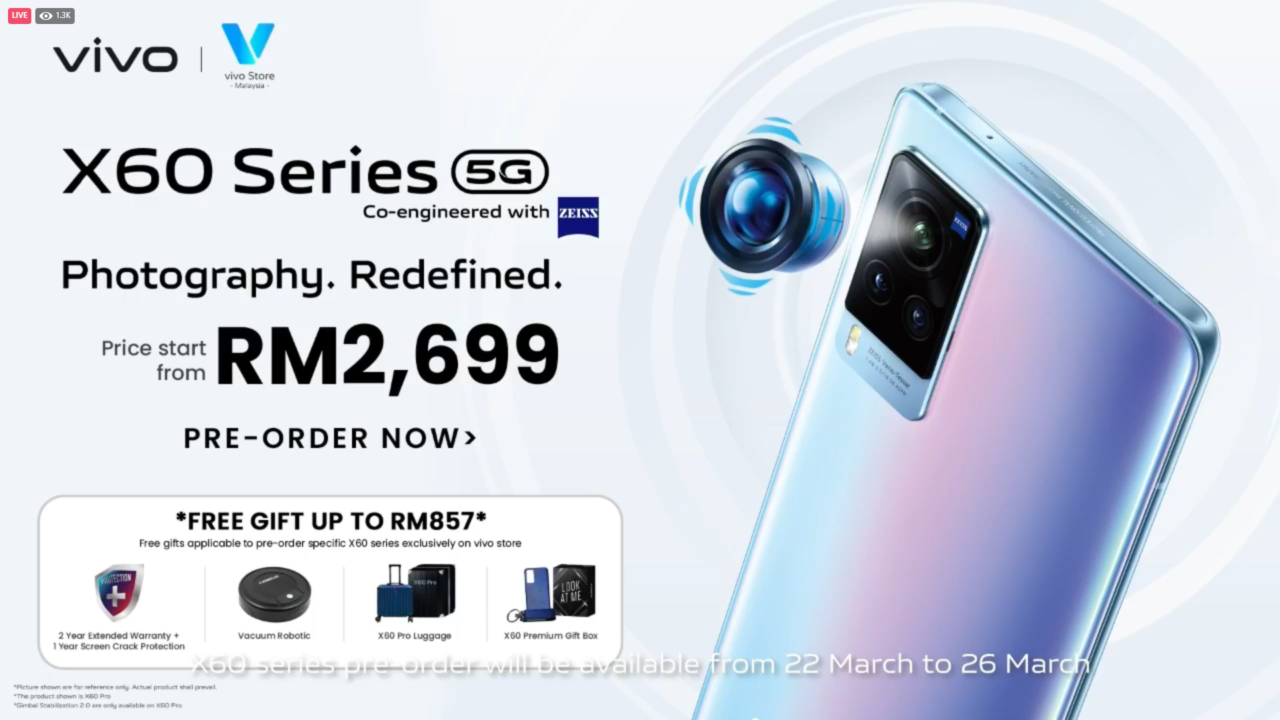 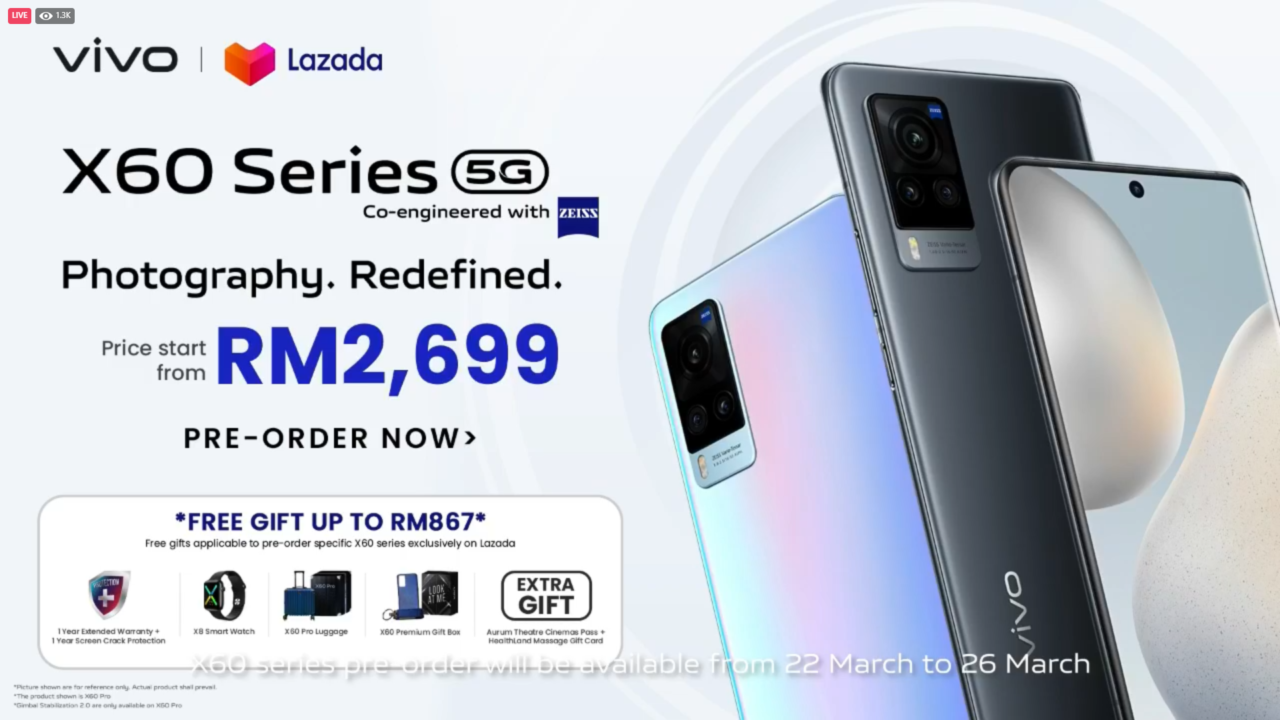 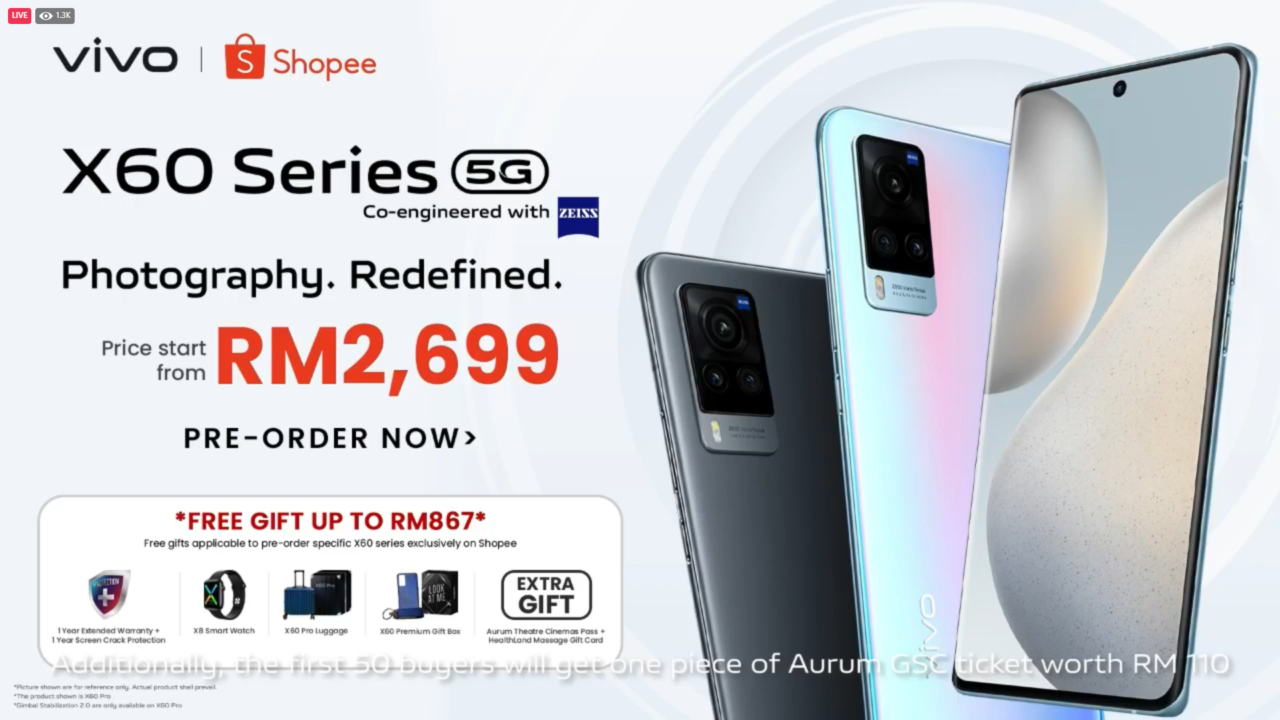 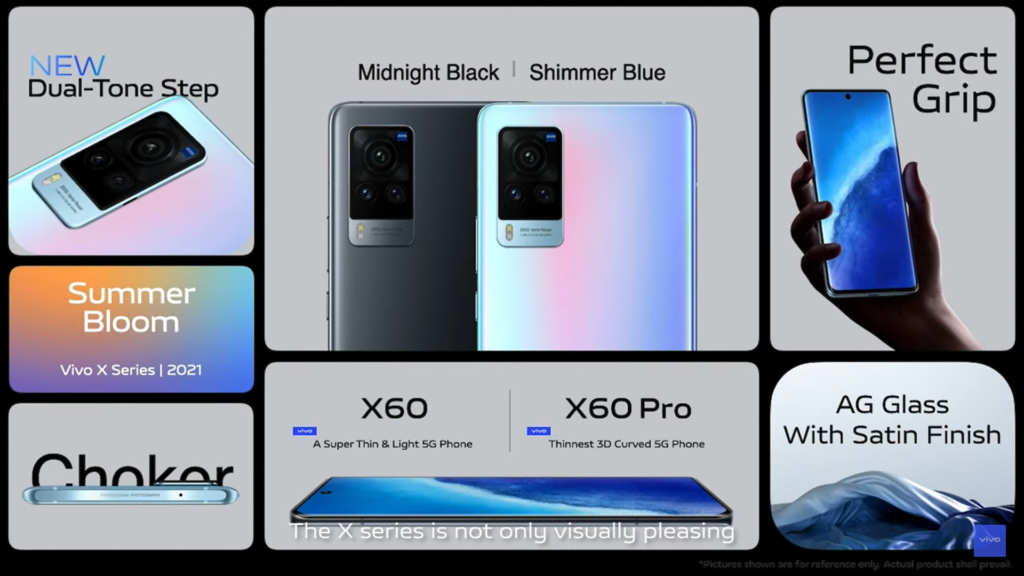 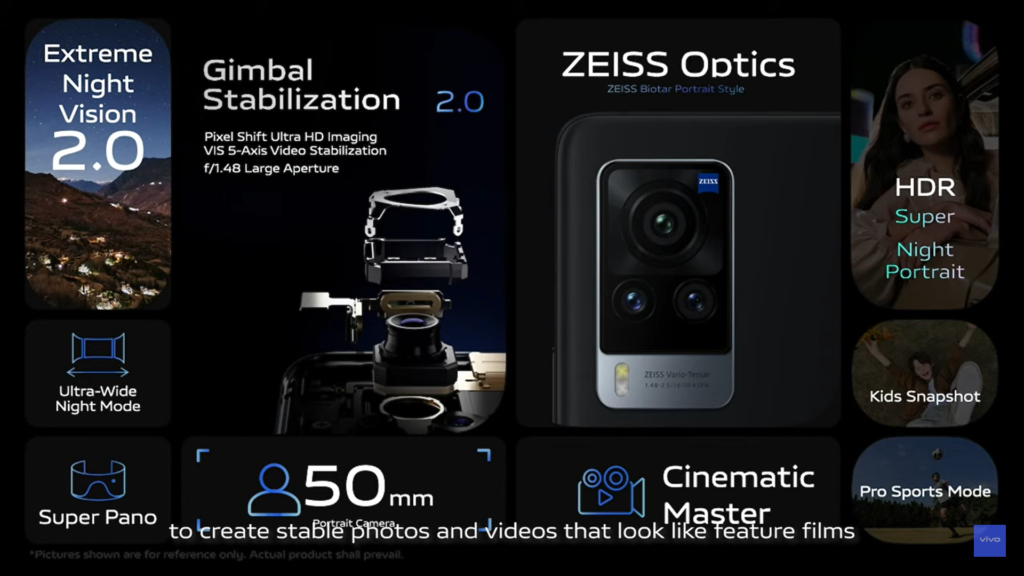 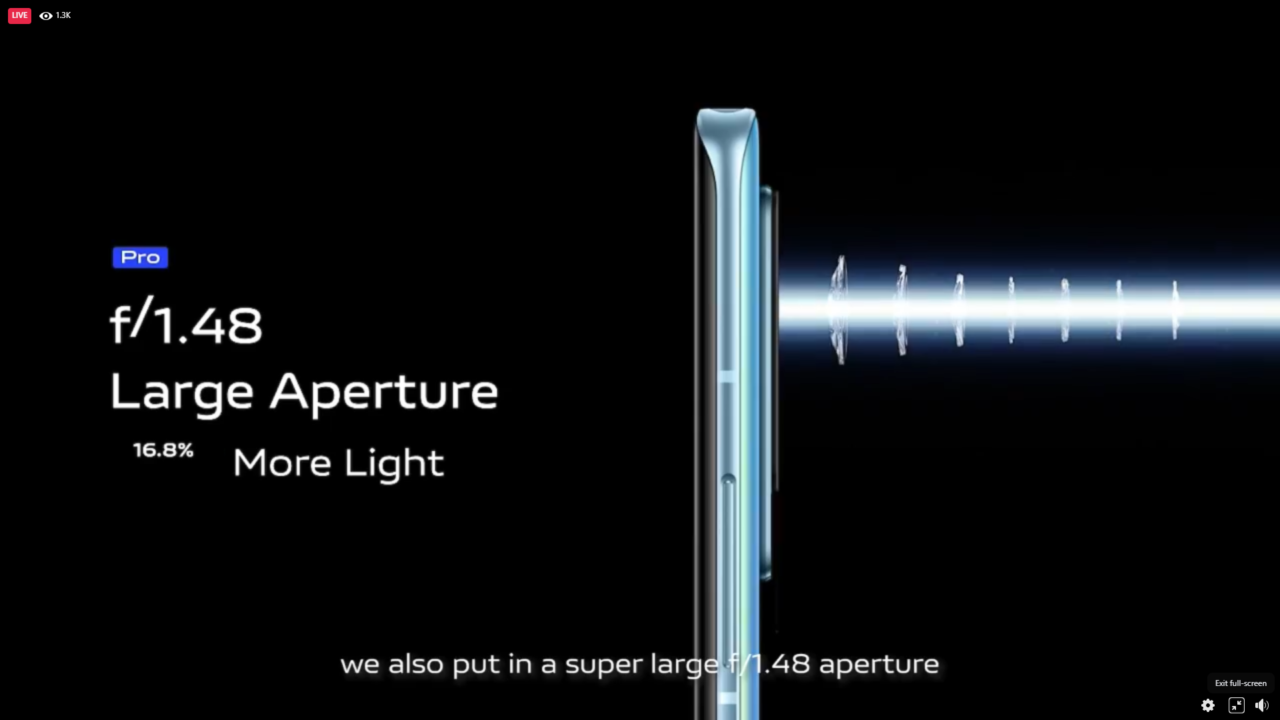 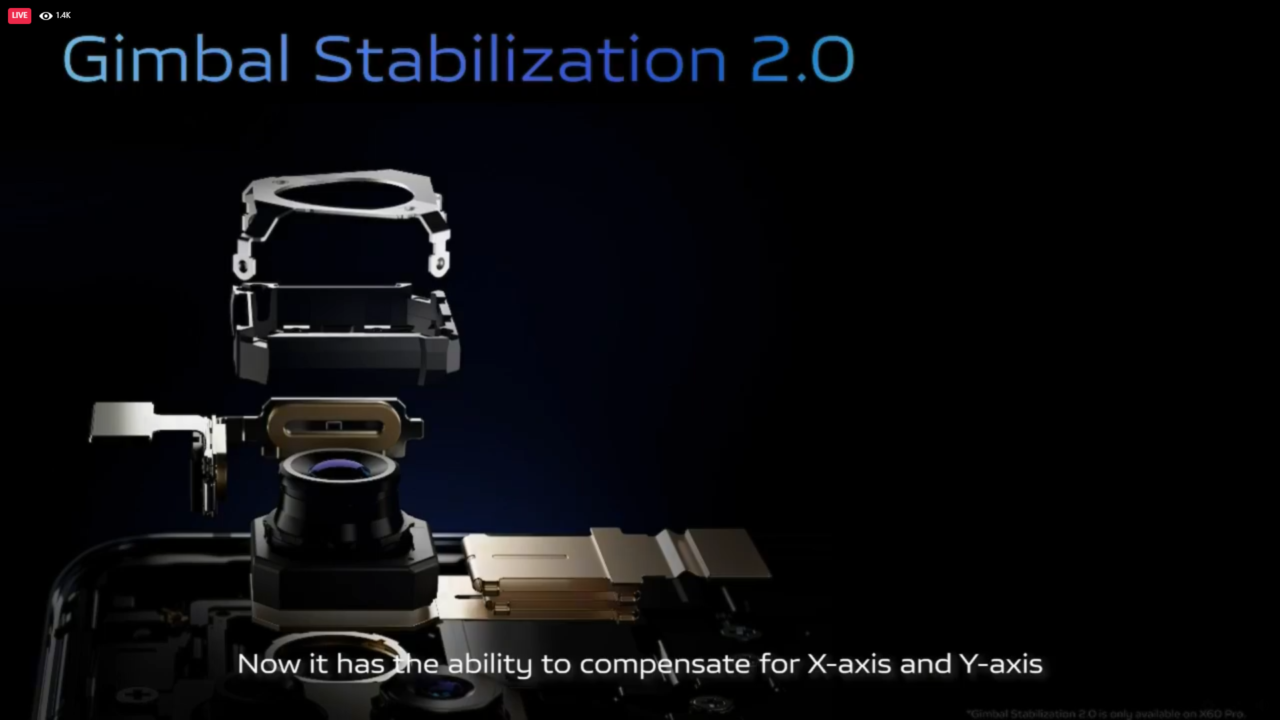 Also, the first 50 customers to purchase the vivo X60 or the vivo X60 Pro from vivo’s official store on Shopee or Lazada will be eligible for either a free X8 smartwatch, 18-inch luggage, RM100 HealthLand Gift Card or RM110 Aurum GSC Ticket. If you want to find out more information, head over to vivo’s official website. 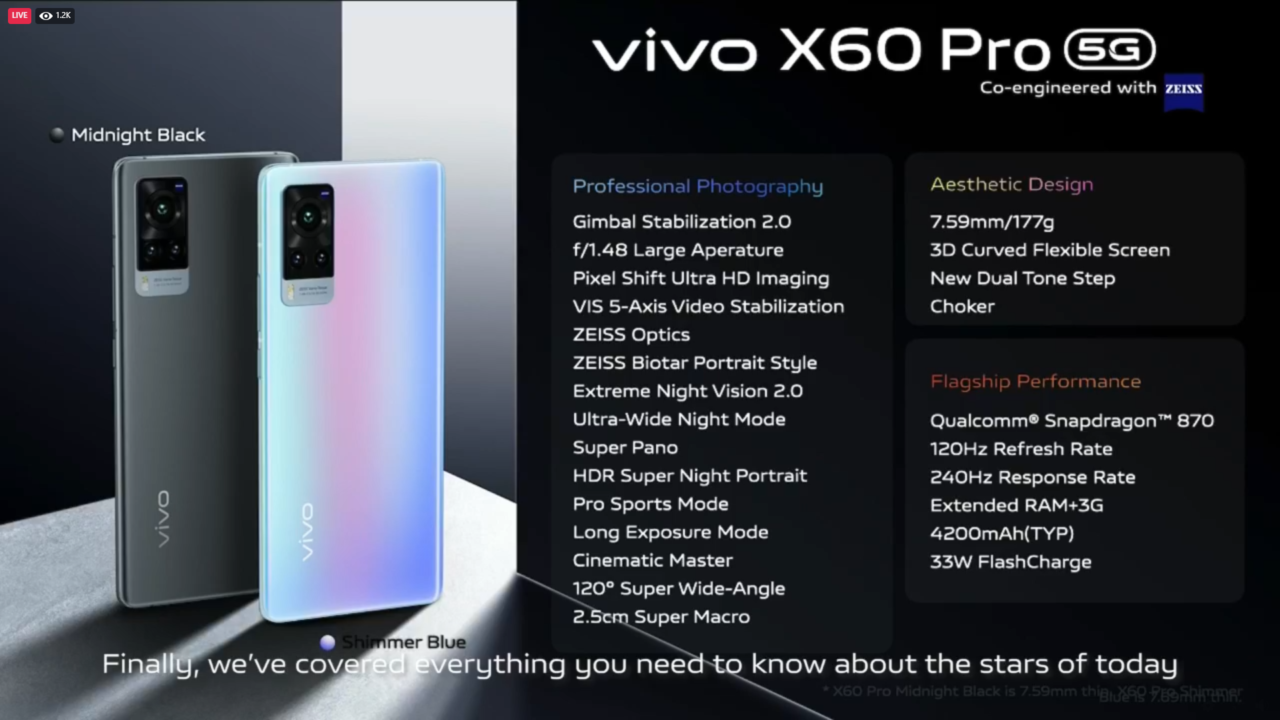 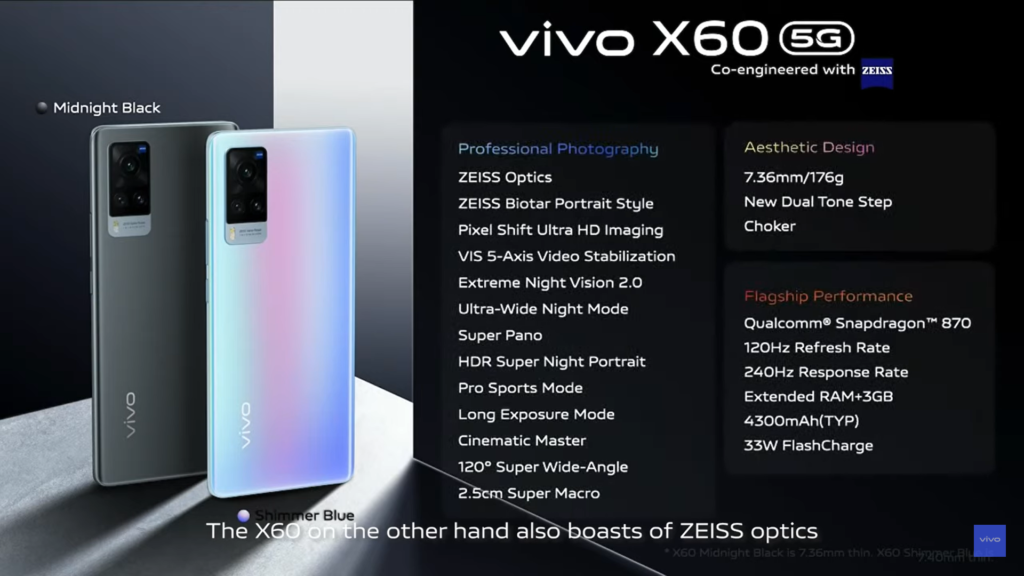 The X60 Pro, on the other hand, comes with largely the same specs except for an additional 8MP periscope camera at the back as well as a slightly smaller 4200mAh internal battery. Not only that, but it also comes equipped with the Gimbal Stabilization 2.0 which ensures that the pictures taken are not blurry.

That all being said, would you be interested in pre-ordering the vivo X60 or X60 Pro as soon as it is available? Let us know on our Facebook page and for more updates like this, stay tuned to TechNave.com.