Current Location: Home > News > 5nm chipsets from Qualcomm and Samsung will have the same architecture design 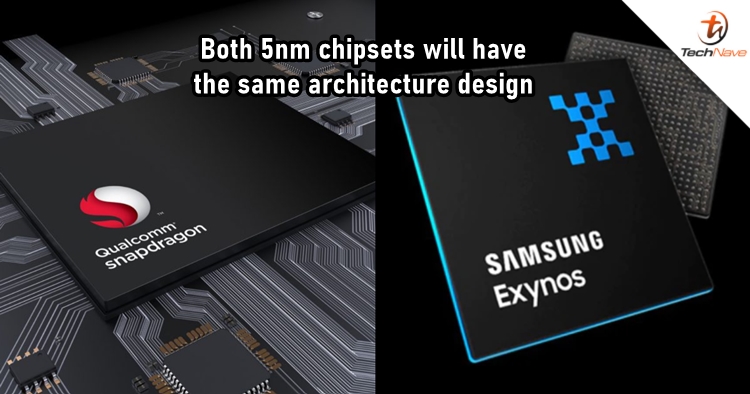 One of the most exciting things about the next-gen flagship smartphones is the 5nm process. With Apple leading the scene by launching the A14 Bionic on Wednesday, other chip manufacturers will soon announce their works too in the near future. Now, it is reported that Qualcomm's Snapdragon 875 and Samsung's Exynos 1000 will adopt the same architecture design.

According to the famous tipster Ice Universe, the mentioned chipsets will use the same “1+3+4” three-cluster architecture design. The Snapdragon 875 is also said to be based on Samsung’s 5nm process and is expected to use ARM’s latest-generation super core Cortex X1. ARM claimed that the Cortex X1 has a 30% higher peak performance than Cortex-A77.

It is not really surprising as we have found out earlier that Qualcomm has passed the manufacturing work of the Snapdragon 875 to Samsung. Therefore, the design of Snapdragon 875 and Exynos 1000 will definitely have some similarities as they are to be born at the same place. However, we wonder if the Exynos 1000 will finally be as powerful as the Qualcomm flagship chipset this time.