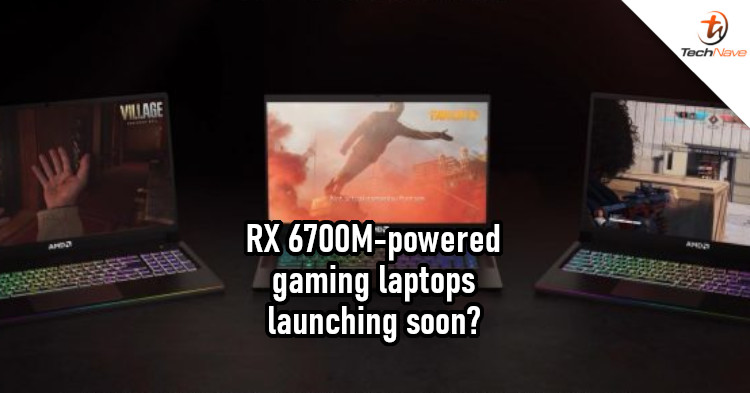 At Computex 2021, AMD unveiled some new interesting hardware. We've already heard quite a bit about the AMD-powered Exynos 2200 chipset, but AMD also announced new mobile GPUs like the Radeon RX 6800M in the Strix G15 and G17. Now, there is some news on the RX 6700M too.

Yesterday, @_rogame leaked some benchmark scores for a device that has the AMD Radeon RX 6700M GPU. It showed 3DMark benchmarks of the GPU and comparison with the AMD Radeon RX 6800M, as well as the mobile variants of the Nvidia GeForce RTX 3070 and 3060. As you can see, the RX 6700M performs closer to the RTX 3060.

Besides that, we got some details on the device being benchmarked. Specifically, it's an MSI laptop with 10GB of RAM, an average clock speed of 1945MHz, and a max clock speed of 2497MHz. It was also had an average running temperature of 77-degree Celsius, which is not too bad. That's probably the highest clock speed it can get though, so don't expect it to have much room for overclocking.

Since benchmarks have appeared, we can expect MSI to launch new gaming laptops soon. With how well AMD is doing these days, would you consider buying a laptop powered by an AMD GPU? Let us know in the comments, and stay tuned to TechNave for more news like this.