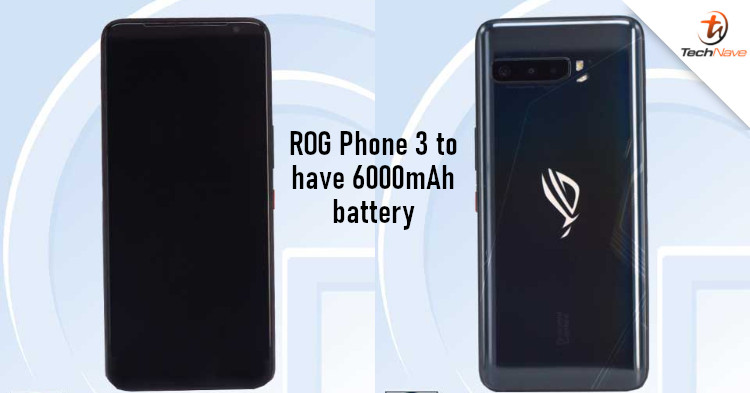 ASUS recently confirmed that the ROG Phone 3 would be launching on 22 July 2020 and news has trickled in over the weeks. More details are confirmed recently and about the only thing left we don't know would be the retail price. Sources have also found the phone certified on the Taiwan NCC.

According to GSMArena (vis DealnTech), the NCC certification showed some key tech specs for the ROG Phone 3. It's confirmed that the phone comes with a pretty large with a rated capacity of 5800mAh and a typical capacity of 6000mAh. Also, it has 512GB of internal storage and comes with a 30W fast-charger. Interestingly enough, the NCC cert doesn't seem to list any 5G bands, though the TENAA listing indicates that it should have them. 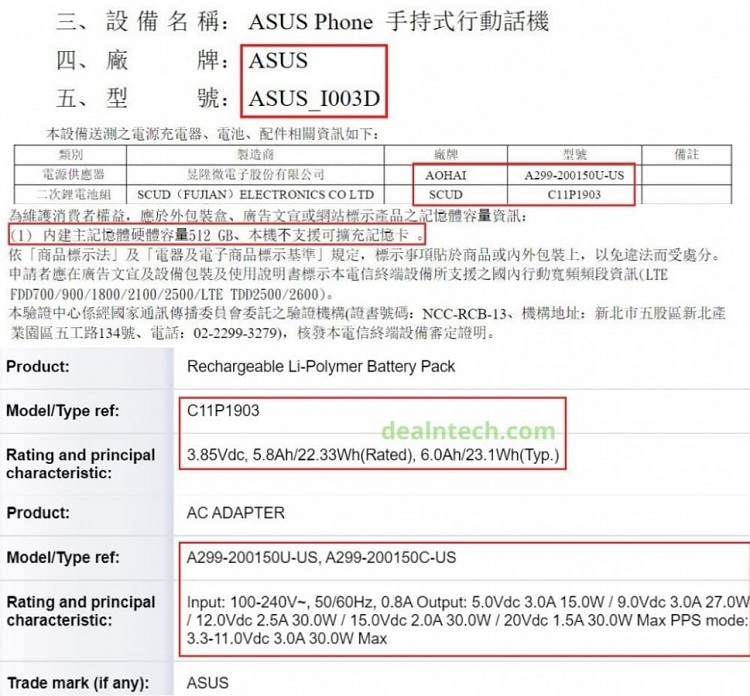 Speaking of 4G and 5G, the ROG Phone 3 is expected to come with the latest Snapdragon 865+ chipset. This chipset should come with a Snapdragon X55 5G modem, as well as eight Kryo 585 CPU cores with one running up to 3.1GHz. As for the main camera, it seems like it will be using a 64MP main rear camera and a 13MP front camera.

For those who love fancy gaming phones, the ROG Phone 3 is one of those to look forward to. But what do you think about the specs of the phone so far? Let us know on our Facebook page and stay tuned to TechNave.com for more updates on this device.