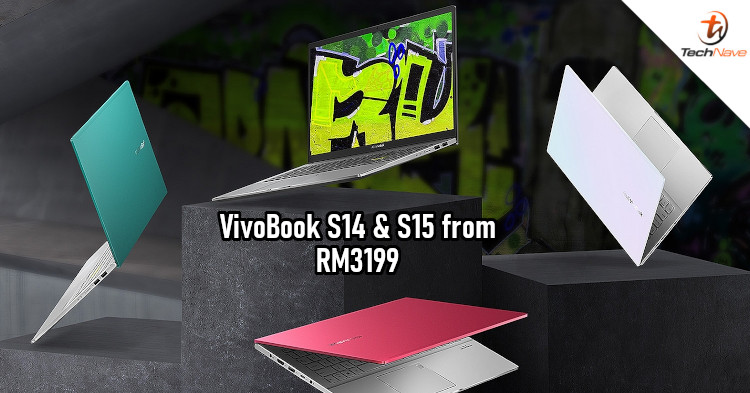 Last month, ASUS unveiled its new lineup of AMD Ryzen PCs that are coming to Malaysia. Many of these have gradually become available, such as the ROG Zephyrus G14 that launched yesterday and the TUF Gaming A15 we reviewed a while back. Now, ASUS has announced Intel variants of the latest VivoBook S14 and S15, which will be available starting today.

In terms of design, the two models are also identical. Both come with the same Dreamy Silver, Indie Black, Gaia Green, and Resolute Red colours. They'll also have a colour-coded Enter key that's slightly elevated, making it easy for you to press without hitting another key by mistake. The VivoBook S14 is a smaller 14-inch device that weighs just 1.4kg, but the VivoBook S15 is a 15-inch laptop that heavier at 1.8kg.

To celebrate the launch, ASUS is running a promotion on Lazada and Shopee just for today (30 June 2020), with RM100 off the VivoBook S15 with the voucher code "ASUSVS100". With that said, would you be interested in getting this laptop? Let us know on our Facebook page and stay tuned to TechNave.com for more news on the latest gadgets.