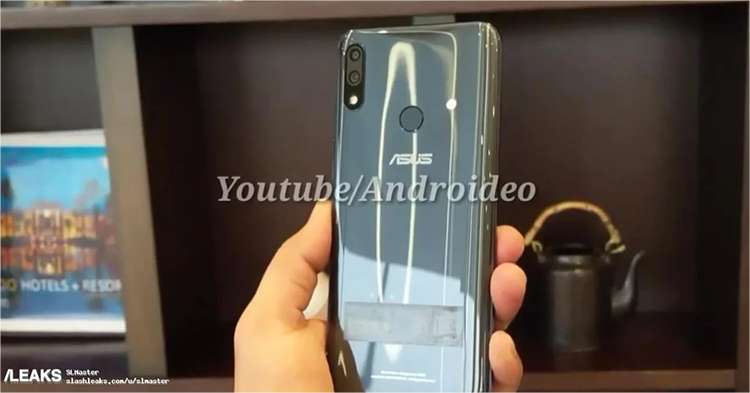 ASUS officially teased the ASUS Zenfone Max Pro M2 on the ASUS Indonesia Twitter account. This phone is featured as a gaming smartphone with the hashtag #NextGenerationGaming. The phone will be launched on the 11th of December. Though, we suspect that the device was teased due to a video leaking the device by Youtuber “GadgetsNow”, whose video was removed only a mere few minutes later.

Noting the fact that this device is marketed as a gaming phone, we can expect the device to carry a more powerful SoC compared to its predecessor, the ASUS Zenfone Max Pro M1. It is speculated that the device will be powered by the Snapdragon 660. It is also teased that the smartphone might have a 5000mAh battery capacity which makes it perfect for long gaming sessions.

In addition, the tweet teases the front and back panel of the device. A notch is clearly present top and center of the smartphone with a presumed 13MP f/2.0 selfie camera with LED flash. On the back, the device will be sporting a dual rear camera setup instead of the presumed triple camera setup. The rear cameras will be equipped with a Sony IMX 486 f/1.8 sensor and a 5MP secondary camera. Below is a video showing the unboxing and review of the ASUS ZenFone Max Pro M2. However, do watch it at your own discretion as we are unsure of the authenticity of the video.

Previously, well known leaker, Roland Quandt (@rquandt) claims that the phone may be launched in 2 variants with a 64GB or 128GB internal storage. However, none of this is confirmed yet so it may be best to wait for the confirmed tech specs of the device coming next month. So what are your thoughts of the ASUS ZenFone Max Pro M2? Make sure to stay tuned to TechNave.com to be the first to know about this upcoming smartphone!