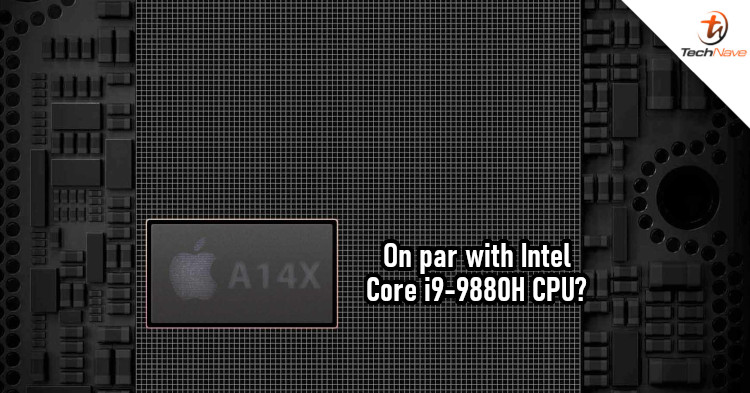 As some of you may know, TSMC is manufacturing the A14X Bionic chipset for Apple's next iteration of the iPad Pro and iPad Air. With the move to 5nm, this chipset is expected to deliver greater performance and power efficiency. We're seeing some signs of that now after some benchmark data for it was leaked yesterday.

A14X performance extrapolated from leaked/suspected A14 info + average performance gains from previous X chips. Puts it around 7480 in Geekbench 5, nearly on par with an i9 9880H. This thing could be insane

Working on a full video to discuss A14 & A14X coming this week pic.twitter.com/KMC0HXAKTE

For context, the Intel Core i9-9880H is an 8-core CPU used on high-performance laptops. It's a CPU that requires a very good cooling system to ensure that temperatures don't get too high. Considering that the A14X Bionic is a mobile chipset that is unlikely to have the same heat issues, being on par alone is rather impressive. Though to be fair, the Intel CPU is manufactured on the 14nm process that has inferior power efficiency.

The A14X Bionic will be used in the next MacBook Pro model too, so we can expect it to have great performance and thermals. Of course, do take this news with a grain of salt for now. With that said, would you be interested in upgrading your iPad or MacBook to a new one with this chipset? Let us know on our Facebook page and stay tuned to TechNave.com for future updates on this.