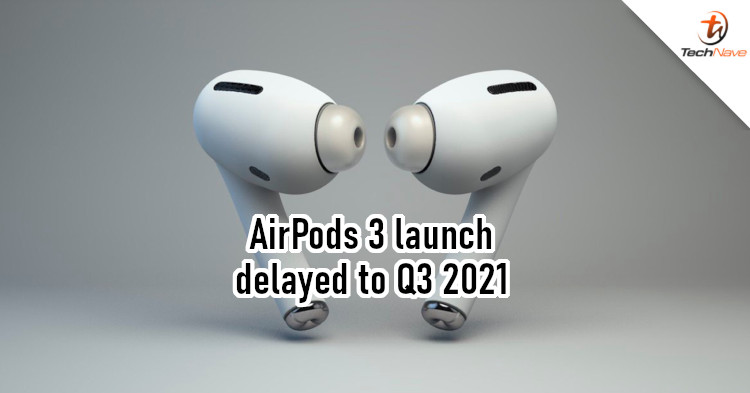 Recently, Apple postponed its next big launch to next month. The event was originally supposed to showcase the AirPods 3, but it's clear the product isn't ready. Now, it's believed that wireless earbuds won't be available till later this year.

According to DigiTimes (via MacRumors), Apple's supplier has begun production for the Apple AirPods 3, which is expected to launch in Q3 2021. For your information, the iPhone typically launches around the same time of the year. This means that Apple could launch this year's iPhone 12s series with the AirPods 3.

On that topic, renders of the third-generation AirPods were leaked previously. The new model features shorter stems, an in-ear design, and detachable silicone ear tips. It's also expected to come with a smaller charging case. Overall, the new model looks closer in design to the AirPods Pro.

Unfortunately, Apple tries its best to contain any leaks and rumours, so we don't know if any of these rumours are accurate. We'll just have to wait for Apple to give an official announcement. Until then, stay tuned to TechNave for more news like this.