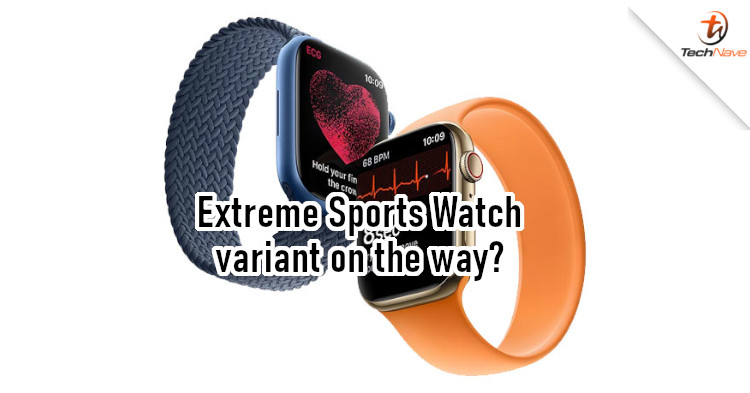 In September, we won't just be seeing new iPhones but probably the Apple Watch Series 8 too. Every year, Apple would release a single model that could have some new features. But for 2022, the company could also unveil an Extreme Sports model for enthusiasts.

According to Mark Gurman (via Engadget), Apple has plans to launch an Apple Watch Series 8 Extreme Sports watch with a larger display. Specifically, it's expected to feature a 1.99-inch screen with a 410x502 resolution. For reference, last year's Apple Watch Series 7 models all came with 1.9-inch screens with 430x352. As you can tell, this should result in a screen with less width but more height.

It's not much of an upgrade on paper, but you should still be able to notice the improvement. The source suggests that an increase of at least 7% in screen size, compared to the largest 45mm Watch Series 7. Apple is expected to use the extra space to display additional info and metrics. Besides the screen, the new model could also come with temperature monitoring, a new low-power mode, and more.

Of course, none of these has been confirmed, so do take the news with a grain of salt. Having said that, is there a feature you would like to see added to this year's model? Share your ideas in the comments, and as always stay tuned to TechNave for further updates.