Apple iPhone 12 to come with a side Touch ID button 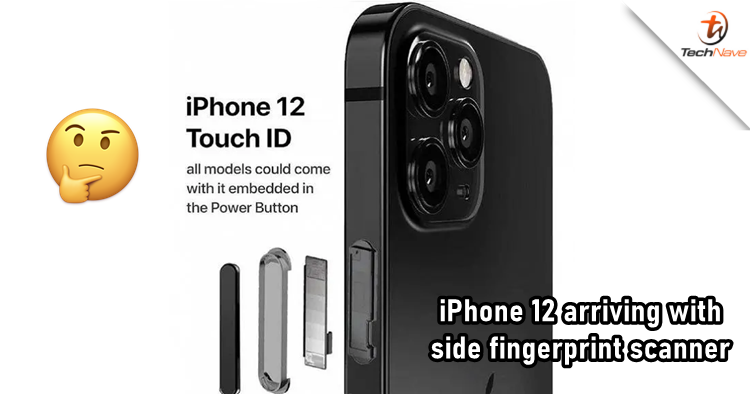 When we were sleeping last night, Apple has finally announced the date for their highly-anticipated event where they're going to launch the iPhone 12 series. The event is scheduled to go live on 14 October at 1 AM Malaysia time. Before the event, we've received the latest rumour saying that the entire lineup (not sure if the Pro ones are included) will have a side fingerprint scanner.

Apple's side fingerprint scanner was first revealed on the revamped iPad Air that was announced at the previous Apple Event. Now, it looks like the tech giant is bringing it to the iPhone 12 series as well. If it truly happens, the Touch ID fingerprint scanner will be integrated with the power button and located on the right side of the smartphone. However, with the arrival of the new Touch ID button, it is unsure that the Face ID will be ditched or not.

Other than a side fingerprint scanner, the smallest iPhone 12 might also come with a new B14 chip as reported earlier. The B14 chip is going to be Apple's upcoming mid-range chip and will have weaker performance compared to the other iPhone 12s that come with the A14 chip. True or not, the event that happens next week will give us all the answers to the questions that we've been asking for months.

Let us know what you think about this latest iPhone 12 news on our Facebook page. Stay tuned to TechNave.com for more exciting smartphone news.