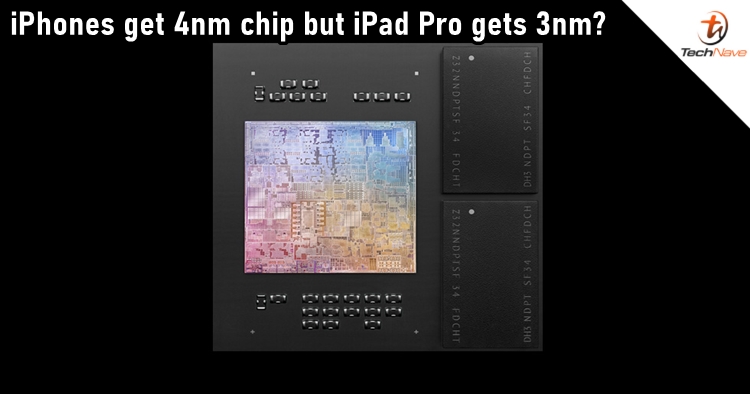 There is a high chance that the iPhone 14 series will use a 4nm chip, as Apple will use an advanced 5nm process for the upcoming A15 Bionic chip this year. However, it looks like the company will be going few steps forward for the iPads as it is reported that 2022 iPad Pro will come with a 3nm chip.

According to Nikkei Asia, the next major M-series chip release will be based on the more advanced 3nm node, and it's expected to be the M2 chip. Insiders are also saying that the first devices with 3nm chips to enter the market will probably be iPads. It is worth mentioning that Apple is launching a new M1X chip as well this year but it's still based on the 5nm process.

Back to the 4nm A16 Bionic chip, it is said that Apple won't be the first one to make 4nm chips commercially available as MediaTek is aiming to be the first one to do it. Currently, TSMC has managed to finish the development of the 4nm process ahead of schedule. Therefore, MediaTek will have to start working hard now for its 4nm chipset to be released at the end of this year or in early 2022.