Current Location: Home > Reviews > Behind the Scenes - The making of the Samsung Galaxy Z Fold2

Behind the Scenes - The making of the Samsung Galaxy Z Fold2 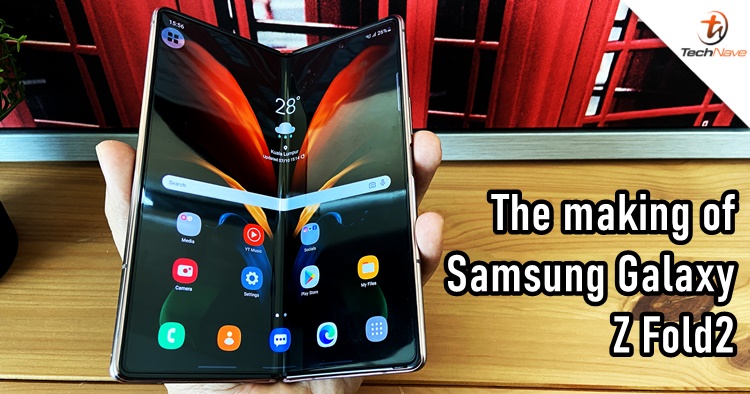 Previously, we wrote about how Mystic Bronze came to be the theme for the Samsung Galaxy Note20 series and it was quite an interesting insight into the makings of the device. So in this article, the next behind-the-scenes that we want to talk about is the Galaxy Z Fold2, which appeared alongside the Note series recently. If you've always wondered how much improvement Samsung made on this foldable phone, read on below on the making of the Samsung Galaxy Z Fold2!

How did it begin?

Believe it or not, Samsung started this journey back in 2011. While conducting a survey, people who took the survey wanted an immersive viewing experience, but also want it to be a portable phone at the same time. Back then, the tablet was the only answer to the first part but it was certainly not compact or as portable as a phone. It didn't help that phablets back then were humongous due to the thick bezels, so the viewing experience wasn't as nice as a tablet. In that case, what would be the right solution? The answer Samsung arrived at was: A foldable screen. 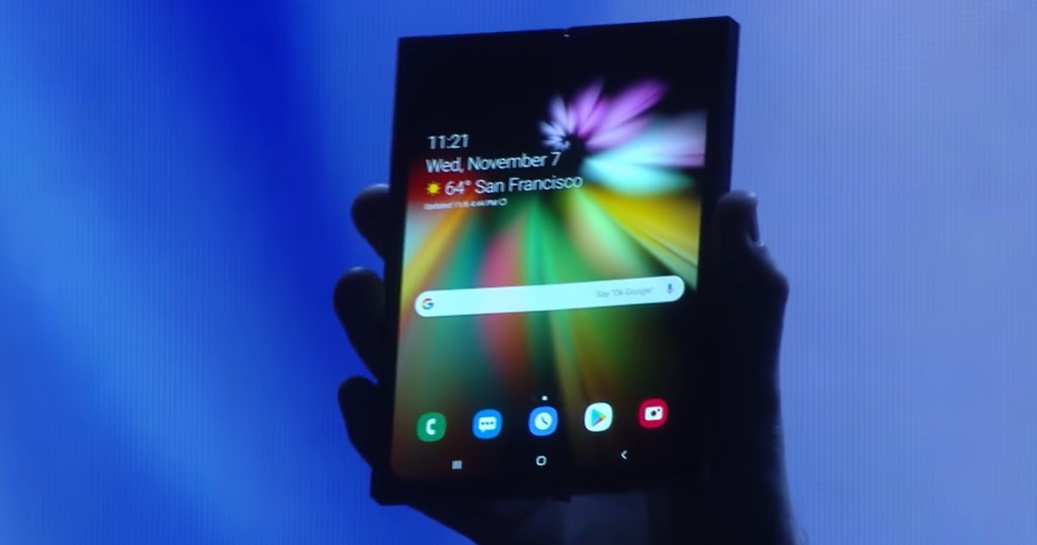 Fast forward to 2019, Samsung unveiled their first foldable smartphone - the Galaxy Fold - and it was truly a spectacle to marvel at. Granted, it wasn't perfect and there were some issues here and there (if you know, then you know) so before they could come out with a successor, Samsung had to go back to the drawing board and improved it further.

Obviously, you can't fold glass so for the Galaxy Fold, Samsung resorted to using a plastic-glass material for the screen panel to fold the phone. For the Galaxy Z Fold2, the material used is called Ultra-Thin Glass or UTG for short. It may seem unbelievable at first, but this material is indeed a type of glass, one that is extremely and ultra-thin. Thanks to the efforts of Samsung's Display R&D team, a material that's thinner than a human hair was created. Not only that, but the team also worked hard to make it durable. 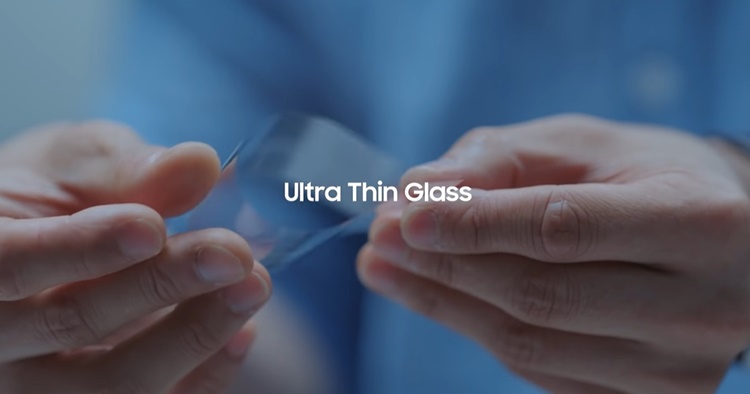 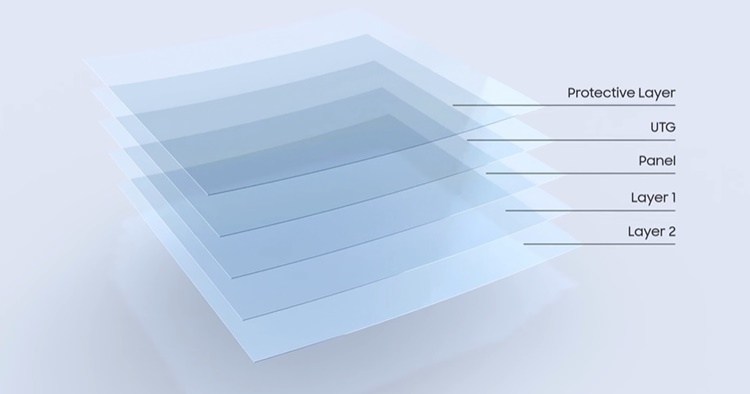 Many layers for the Galaxy Z Fold2

Striking the right balance was no easy task, though. The research team had to optimise the formation of the display layers, rearranged the physical interaction between the soft and rigid layers for strength, then optimised the property and thickness of the adhesive so that the display remains flexible at all times.

While both the Galaxy Fold and Galaxy Z Fold2 look more or less the same, the hinge has been improved to be more durable than before. Not only that but it's actually more flexible than before thanks to the two virtual axes hidden underneath the display. This helps the screen panel stay intact and gives it that firm 'snap' when folded. 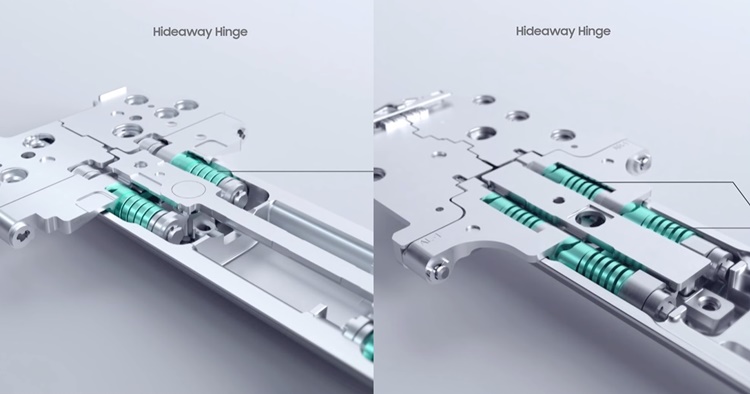 A normal hinge (left) and a double hinge (right) 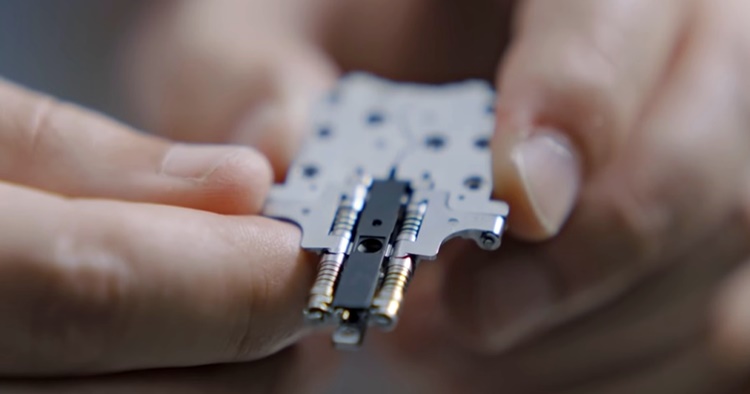 The double hinge for the Galaxy Z Fold2

The screen panel can stay in any angle you prefer thanks to the CAM mechanism, but because the Galaxy Z Fold2's screen panel is large and wide, a stronger hinge is needed to support this flexibility. To achieve that, Samsung not only doubled the CAM mechanism in the hinge structure but also the elastic components. This is why the Galaxy Z Fold2 feels so much firmer than its predecessor.

Having experienced both the Galaxy Fold and Galaxy Z Fold2, I can confirm that the latter does feel studier. And that durability co-exists with the premium look, making it a good looking device that's also tough. All in all, the craftsmanship on this foldable phone is incredible and we are glad to give Samsung the credit it deserves. By the way, you can also check out what we thought of the viewing experience on the Galaxy Z Fold2, which really brought out the best the display panels visual capabilities. 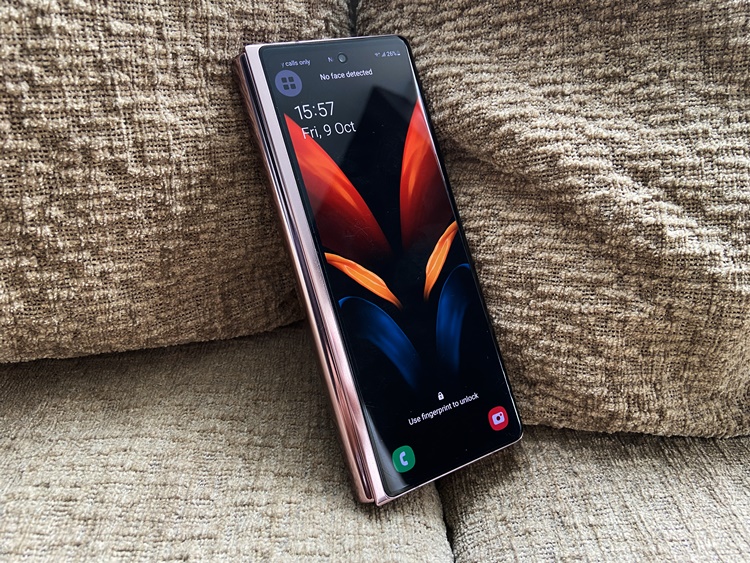 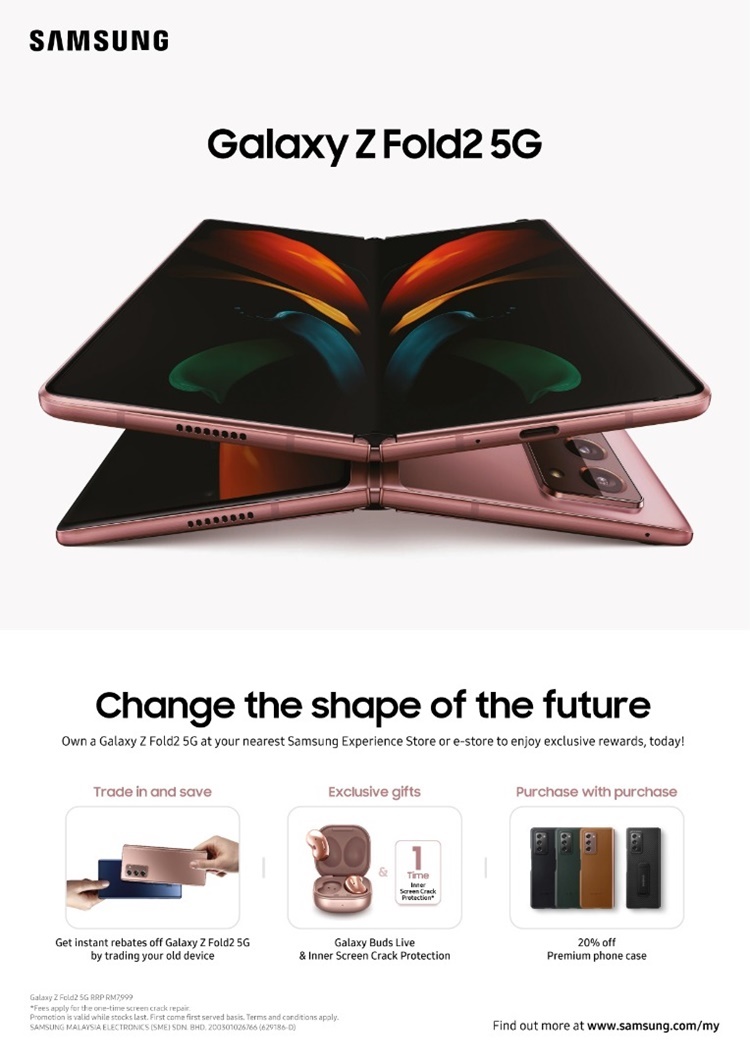 If you're interested, the Galaxy Z Fold2 is now on sale for RM7999. It also comes bundled with the Galaxy Buds Live wireless earbuds, an Inner Screen Crack Protection, and you can get instant rebates by trading your old device via the Trade-In program. The premium phone cases are 20% off as well (for each). You can make your purchase at selected Samsung Experience Stores or the Samsung E-store.