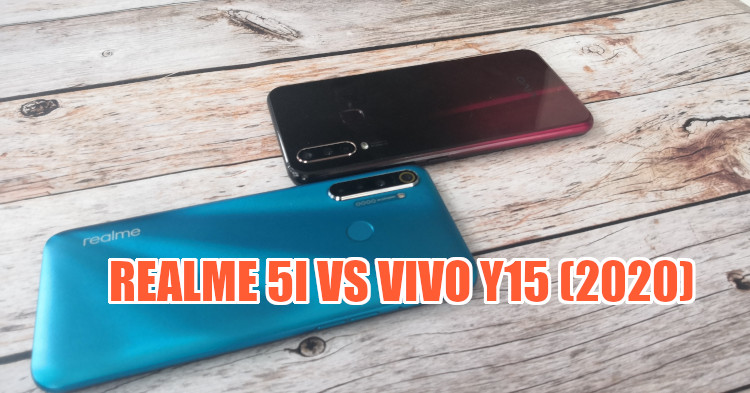 The new year has barely started but the phone launches are already coming fast. In fact, the realme 5i launched in Malaysia this week and it's an interesting option for people on a budget. Sporting a Qualcomm Snapdragon 665 chipset, 5000mAh battery, and a quad-camera setup of 12MP + 8MP + 2MP + 2MP - plenty of features all for RM599. That's quite a steal, to be honest!

Going head-to-head against the realme 5i is the vivo Y15 2020, which launched in late December 2019. It has quite a few similarities with the realme 5i, especially when it comes to the tech specs. Also, the two devices share the same pricing. So, to give you a better idea of whether they are actually the same or otherwise, you can check out the comparison below.

Before we talk about the insides, let's take a look at the outside. As you can see from the images given, the realme 5i has a surprisingly premium design for a phone in its price range. Its sleek unibody has rounded corners, a tear-drop notch for the front camera, and a noticeable camera bump near the top-left of the back where the quad-camera setup is. There's a standard fingerprint sensor at the back, which has a more textured finishing that gives you a better grip. Another thing we noted was that the volume buttons are on the left side. The front, with the display on 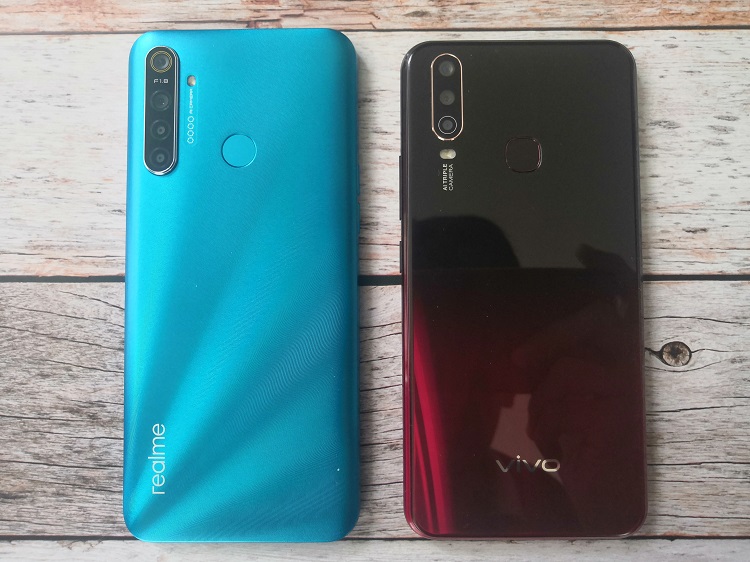 Back of the two phones 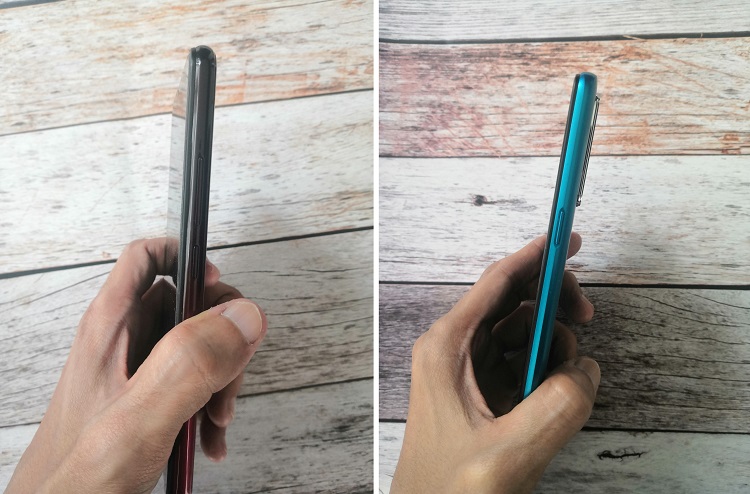 The right side of the phones

Moving on to the vivo Y15 2020, this device looks very similar in terms of size to the realme 5i. Of course, there's plenty of visible differences. First, the rear camera bump isn't as pronounced but it houses a triple-camera setup instead. Also, the fingerprint sensor at the back is set in a square-shaped indent instead of a circular one, while the tear-drop notch in front is a bit larger. Besides that, the vivo Y15 2020 is slightly smaller and the rear is a flat surface with a glossy finish.

Based on the above, there are two major areas that really set these two phones apart. First is the chipset, in which the Snapdragon 665 on the realme 5i is a more recent chipset compared to Mediatek's Helio P22. The second major area would be cameras for both the front and rear. The realme 5i has an additional camera at the back dedicated to macro shots, while the vivo Y15 2020 selfie cam has a higher pixel count and promises more detailed selfies.

Asides from the above, the two phones are largely similar. They share the same 4GB of RAM, 64GB of internal storage, microSD support of up to 256GB, and 5000mAH battery. However, one thing that will change soon for the realme 5i is the OS. To be exact, there is confirmation that a new realme UI based on Android 10 will launch soon, and the 5i is scheduled for an update sometime in May 2020.

It's obvious by now that the internal hardware for these two phones are similar. However, it's worth noting that the realme 5i is better for gaming due to the higher-performing Adreno 610 GPU. The other big differentiator between the two devices would be the cameras' performance. To that end, we've taken a few sample shots using both smartphones so that you can decide which one works better for you. 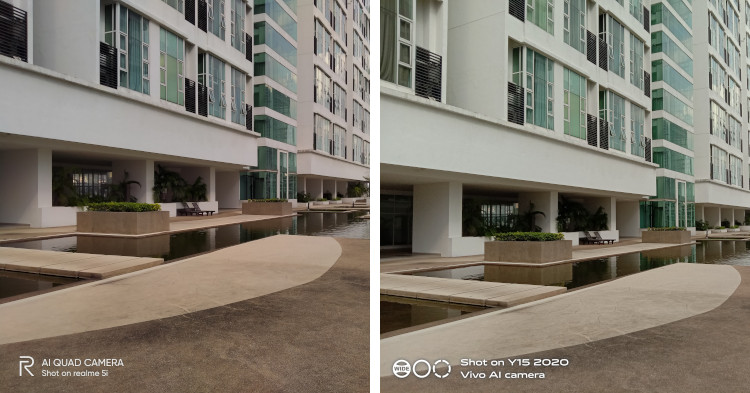 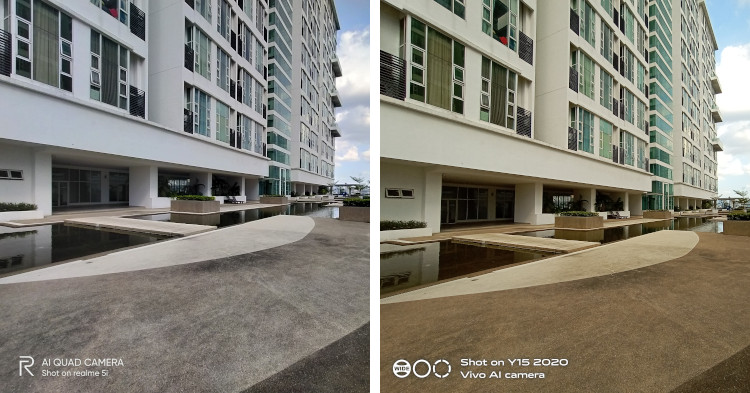 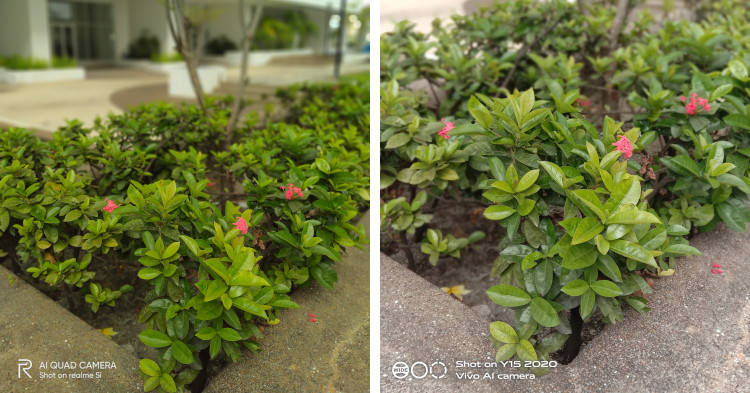 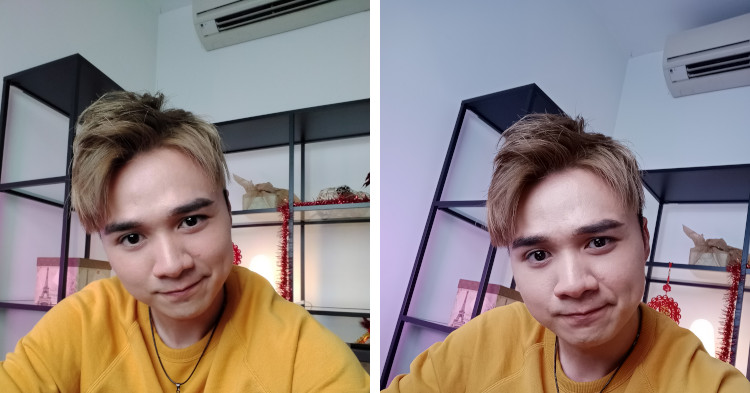 Selfie with the front camera 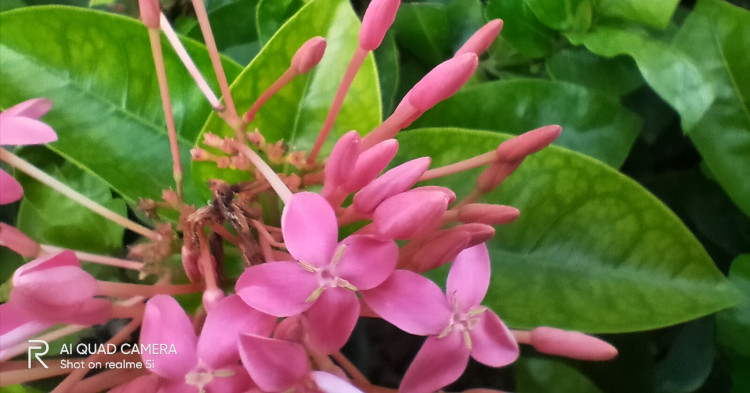 Price and closing thoughts - Depends on your preference

Now that we're done, there are a few conclusions that we can easily make in regards to the two devices. Since both are super affordable smartphones priced at RM599, you can safely pick either one over the other, depending on your personal preferences. If you like taking macro shots or prefer a phone with a rounded back for better grip, then the realme 5i may be your choice. On the other hand, you might prefer taking selfies with more resolution and detail, in which case the vivo Y15 2020 may fit you more.

The realme 5i will be available beginning 18 January 2020 at every realme retail store (offline) while on the 28th, it will go live at the official realme online store (both dates come bundled with CNY goodies!). On the other hand, the vivo Y15 2020 is purchasable at the vivo online store. Having mentioned all that, which phone do you all think is better? If you're interested, you can also compare other devices using the comparison tool on our website. For more comparisons like this, stay tuned to TechNave.com! 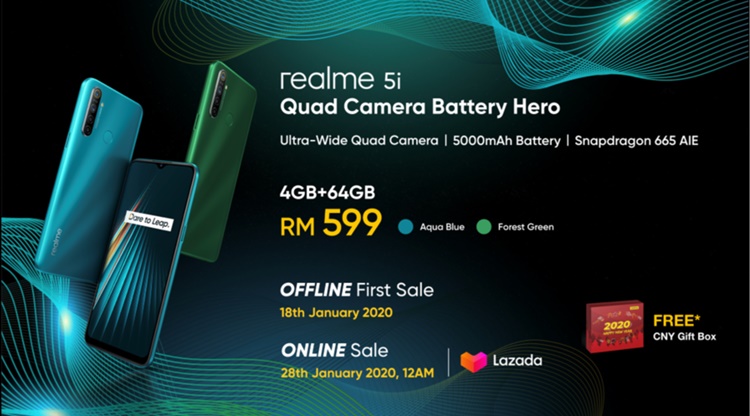