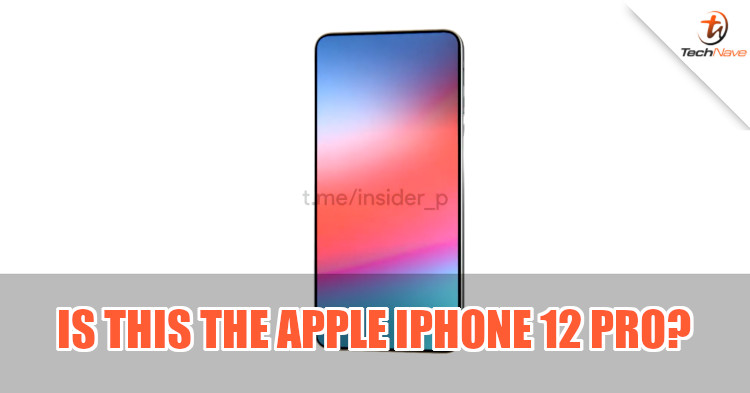 It may be months away before Apple launches the iPhone 12 for this year, but the rumour mill is already hard at work. In fact, a new video that has appeared shows a render of what the iPhone 12 Pro could look like. If this video is real, the iPhone 12 Pro's design is one we can whole-heartedly approve.

According to BGR, Apple could be looking to remove the notch on the front for the iPhone 12 series. This could happen if Apple decides to bypass its self-imposed 3-year design cycle for iPhones. Indeed, there are plenty of Apple fans who are still using older iPhone models but have been holding back from upgrading to wait for a fresh design without the dreaded notch.

Besides that, well-known TF International Securities analyst Ming-Chi Kuo has predicted that the Apple iPhone 12 will have four models. They are also expected to look like a larger iPhone 5 with modern design elements, like having smaller bezels. Previously, we've also covered on how the iPhone 12 could be housing a new A14 processor from TSMC so it's likely going to be a significant upgrade for many people.

As a reminder, this is currently speculation at best and there's no proof that what the video shows is the real design for the iPhone 12. Even if it is, there's no guarantee that the design would remain the same when it launches. For now, we'll be keeping a close eye on this so do stay tuned to TechNave.com for more updates on the Apple iPhone 12.