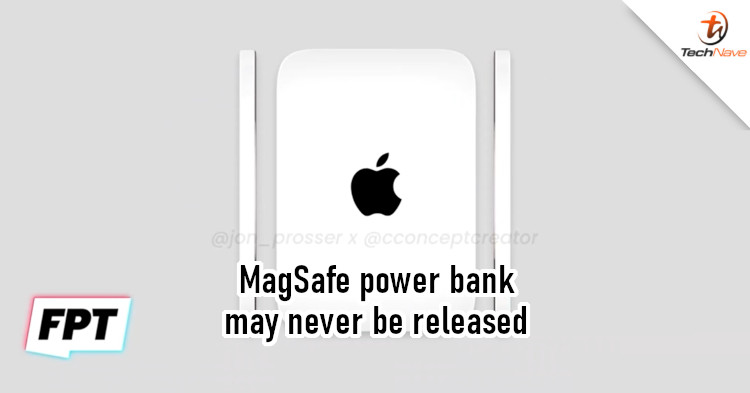 Render by ConcetpCreator (via Jon Prosser)

When Apple launched its iPhone 12 series last year, it was soon followed by the MagSafe Duo Charger. There are even rumours about a MagSafe power bank. Now, we get to see what it could look like via concept renders.

Last month, hints of a "Mobile Charge Mode" for a battery pack were found in the beta version of iOS 14.5. This is expected to be a MagSafe power bank that would launch sometime this year. We even have an idea of what the accessory could look like, thanks to Jon Prosser's latest YouTube video. The renders he shared were allegedly for a premium version that comes with a sleek aluminium casing.

Prosser also claimed that there's a high chance the product may not be launched. Allegedly, Apple is struggling to resolve an overheating issue caused by the product's reverse charging feature. That's not surprising, considering that Apple has had the same problem developing the AirPower charging mat (that's never coming lol).

The idea of a power bank that charges wirelessly is amazing, so it's a bit disappointing if it's never released. But what are your thoughts about that? Let us know in the comments below, and stay tuned to TechNave for more trending tech news.