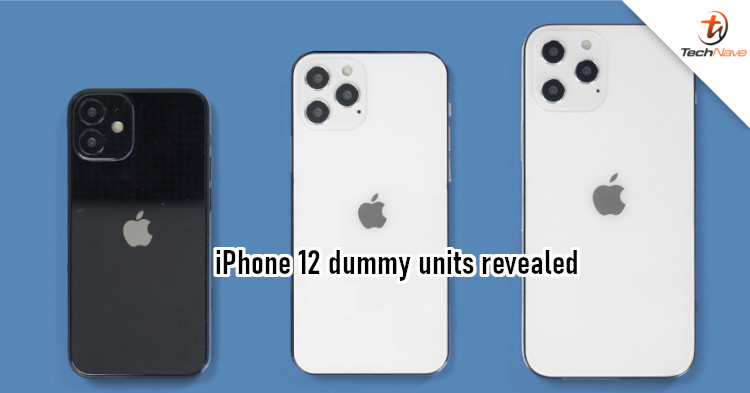 The next flagship iPhone series from Apple might end up being delayed, but we already know plenty about the iPhone 12 series before the supposed launch. Now, completed dummy models for the entire iPhone 12 series also give us an idea of how the new devices will compare with other iPhones.

Thanks to the folks at MacRumors, we got to see a hands-on video of new dummy units. As previously rumoured, the 5.4-inch model is seen to be smaller than this year's newly launched iPhone SE 2020 (4.7-inch), but bigger than the original iPhone SE from 2016. This is probably due to the edge-to-edge bezels for the new model, which helps make it smaller than the iPhone SE 2020 with its home button. On the larger side, the 6.7-inch iPhone 12 is visibly bigger than last year's iPhone 11 Pro Max owing to a larger display.

It should be noted that the cameras on the dummy units here may not be accurate. Specifically, the 5.4-inch and 6.1-inch models of the iPhone 12 are only expected to have dual-lens camera setups. As for the 6.7-inch model, it should come with three cameras and a LiDAR scanner. Whether the other two iPhone 12 models will have the LiDAR scanner is unconfirmed.

So, do the dummy units give you a good idea of how these new iPhones will differ from one another? What do you think about the iPhone 12's design based on the dummy units? Let us know on our Facebook page and stay tuned to TechNave.com for more news.