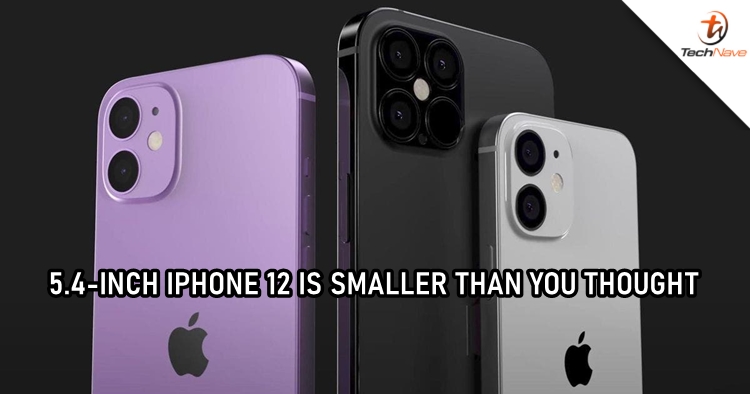 The much-anticipated iPhone 12 series is getting closer as months passed by. Rumours about the Apple smartphone series have been showing up on the Internet by slowly revealing the tech specs of the devices. Today, a new one has come out as it suggests the 5.4-inch iPhone 12 is going to be smaller than the iPhone SE 2020.

The rumours have been telling us that we'll get four iPhone models this year, with one of them having a 5.4-inch screen becoming the smallest from the series. However, not only the 5.4-inch iPhone 12 will be smaller than its siblings, but it is also rumoured to be little compared to the iPhone SE 2020 which has a 4.7-inch screen. YouTuber EverythingApplePro has posted a video on Twitter by comparing a 3D model of the upcoming iPhone with the iPhone SE, and it appears to be true as it doesn't come with thick bezels.

People who love tiny phones are in for a treat with the new 5.4-in iPhone. Smaller than a new SE! pic.twitter.com/cTSH2LBzKA

To recap, the iPhone 12 series is going to be launched with Apple's 5nm A14 chipset. Latest rumours have also suggested a 120Hz refresh rate screen and notch-less design. There are also sources saying that new iPhones will be the last to offer lighting port and the first to be packed without the EarPods.

Let us know what you think about this iPhone 12 rumour on our Facebook page. Stay tuned to TechNave.com for more viral Apple news.