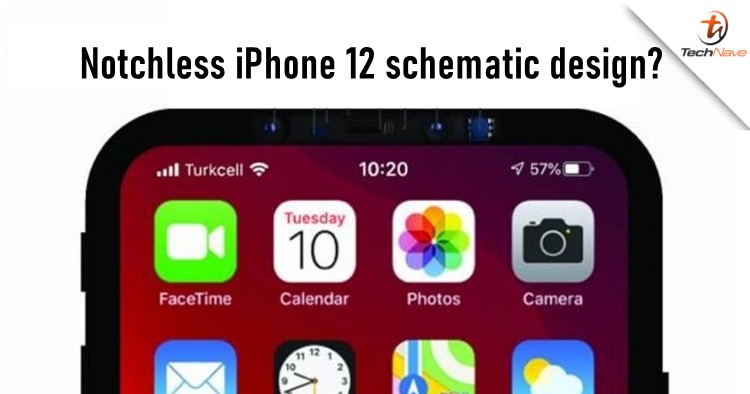 The idea of not having a notch nor a cutout front camera is a dream that many smartphone fans are looking forward to, but until now no company have been able to achieve this. However, there is one company that might break the chain and is none other than Apple. Let's see what are the rumours this time.

Actually, the rumour about a notchless iPhone has been happening since last year but not that frequent. In fact, right after the iPhone 11 series reveal, we got some news about how the next iPhone will go notchless then it went quiet. The rumour resurfaced again back in March, and now this latest one is getting quite consistent.

According to svetapple.sk, they found a schematic diagram inside iOS 14's developer coding which matches the first rumour piece we wrote last year. If true, Apple has somehow figured out a way to minimize the front camera and other sensors on the top bezels. From left to right, there lies an infrared camera, flood illuminator, proximity sensor, ambient light sensor, top speaker, microphone, front camera and a dot projector. 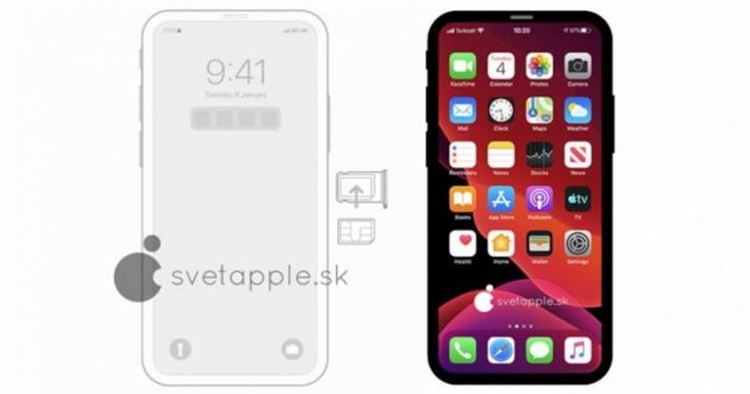 Image render based on the schematic design 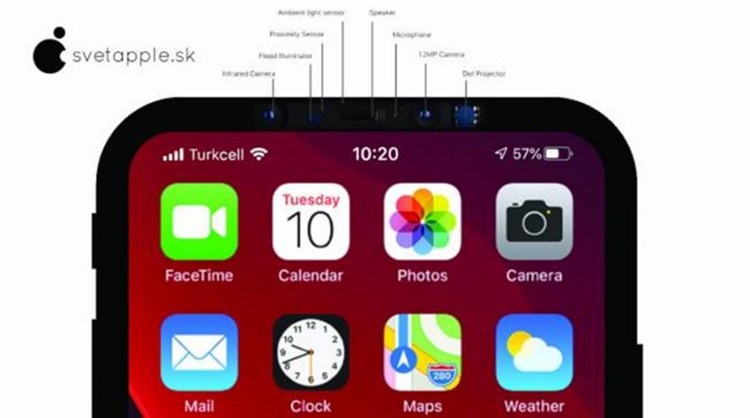 Image render of the notchless iPhone based on the schematic design

Should have some iPhone SE Plus news for you soon.

On the other hand, we also have another rumour leak by @jon_prosser about the iPhone 12 having a smaller notch featuring the front camera and other sensors. We have no idea where he got his leak from and he's actually quite reliable. Also, he tweeted about a possible iPhone SE Plus news coming soon so that's cool. But as always, do take this news with a grain of salt.

What do you think of a notchless iPhone 12? We really hope Apple is going for this direction. Until then, stay tuned for more trending tech news at TechNave.com.