Current Location: Home > News > Everything we know about the Samsung Galaxy S11 series so far

Everything we know about the Samsung Galaxy S11 series so far With all the rumours scattered everywhere, we think we have a general idea of how Samsung’s next flagship smartphone series is going to be like. Before more and more rumours come as we approach the launch of the Samsung Galaxy S11 series, we better prepare a quick recap for you to keep up so you won’t have a heart attack when the smartphones arrive.

The Galaxy S11 series will be following the Galaxy S10 series’ footsteps by releasing three devices. However, they might tweak the naming system a little bit with the influence of how Apple named its latest iPhone 11 smartphones. It is rumoured that the largest variant will be called Samsung Galaxy S11 Pro (6.9-inch), followed by Galaxy S11 Plus (6.7-inch) and Galaxy S11 (6.2 or 6.4-inch). 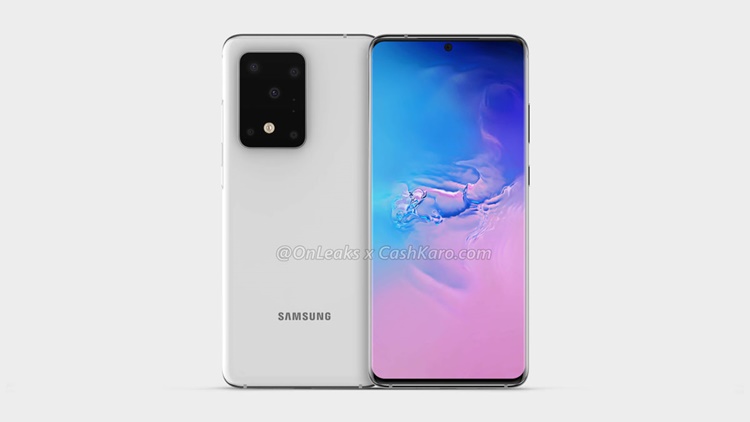 This time, Samsung is also ditching the flat screen design that we saw on S10e, and use curved screens for all the devices coming in 2020. The punch-hole cut out front-facing camera at the top right of the S10 series will also be moved to the middle. At the back, the Samsung Galaxy S11 series will have a block of cameras similar to the one on Google Pixel 4. The number of cameras will depend on which variant you’re getting.

This year, we have an additional 5G variant of the Samsung Galaxy S10. In 2020, we will have 5G in all the Galaxy S11 devices! The prediction can already be treated as a fact thanks to Qualcomm as the new Snapdragon 865 chipset will not be available for devices that don’t support 5G. Qualcomm has also announced that smartphone manufacturers will have to purchase the Snapdragon X55 5G modem to go with the chipset earlier.

For the regions who get the Exynos chipset variant, there was also a rumour saying that the Galaxy S11 series will not be using the Samsung-made chipset, and will roll out with Snapdragon 865 instead. If your area still doesn’t support 5G, the devices will still be working fine in 4G connectivity as well.

Other than that, Samsung will also feature 120Hz refresh rate AMOLED displays on the devices. They will include the option of choosing between 60Hz and 120Hz as well for the sake of the battery life. However, the Samsung Galaxy S11 Pro is rumored to have a huge 5000mAh battery, so that you can go for 120Hz option without worrying about anything.

Now it comes to the highlight, which is the cameras. Samsung Galaxy S11 series will have a 108MP sensor for its main camera and a 48MP telephoto camera. It means they will bring better focus and zoom ability. For the Galaxy S11 Pro, it will have an extra Time-of-Flight (ToF) camera. It is also unconfirmed whether the S10e-equivalent S11 will have three cameras or just two.

When it comes to the option of unlocking the devices, the ultrasonic fingerprint scanner from the S10 series wasn’t that impressive despite being more secure than those optical sensors. For the Galaxy S11 series, Samsung might decide to enhance the technology or go in a different direction like using face unlock.

This is the summary of all the rumours for the Samsung Galaxy S11 series. We’ll find out if these are real on either 11 or 18 February 2020 when the devices launch. Let us know if you’re excited about the new Samsung's flagship series on our Facebook page! For more tech news, stay tuned to TechNave.com.