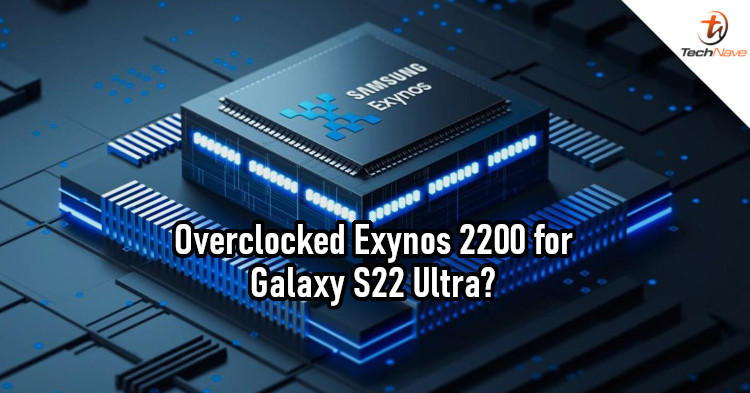 In the last few months, there have been occasional rumours on the Samsung Exynos 2200 chipset. It's said that the chipset handily beats the A14 Bionic and possibly the upcoming Snapdragon 898 chipset. But now a source has some specs for the chipset.

According to Ice Universe, the Exynos 2200 can clock up to 2.9GHz with its Cortex-X2 CPU core. It also has 3x CPU cores clocks at 2.8GHz and 4x CPU cores clocks 2.2GHz, as well as a GPU that clocks at 1250MHz. This is allegedly an overclocked variant of the chipset exclusive to the Samsung Galaxy S22 Ultra. The Galaxy S22 and S22+ will most likely use a standard variant with different clock speeds.

Correct, this is only the frequency of S22 Ultra, S22+ is different

Why is the Exynos 2200 so highly anticipated by tech enthusiasts? That would probably be due to the AMD GPU. Samsung's upcoming chipset will feature AMD's rDNA2 GPU architecture, which is expected to give it an edge in graphical performance. A leaked benchmark shows that it's still not as good as the Apple A15 Bionic though.

Besides the Samsung Galaxy S22 series, vivo is also expected to launch a flagship device with the Exynos 2200. Would phones equipped with the new chipset be worth upgrading to? Share your predictions in the comments, and stay tuned to TechNave for more news about this.