HONOR has announced the arrival of the much anticipated HONOR 20 Pro but were extremely secretive about its release date. The smartphone, scoring 111 and taking second place on DxOMark, features a quad camera setup with 48MP (Sony IMX 586) + 16MP (Super Wide-Angle lens) + 8MP (Depth Assist sensor) + 2MP (Macro lens) sensors and the Kirin 980 chipset.

In conjunction with HONOR’s 5th anniversary, they are bringing the biggest party to town by offering a 1+1 year extended warranty through their Rileks, Beli Je campaign. To make it simple, purchasers can redeem an extra one year warranty though the HiCare app pre-installed on their devices. The warranty covers repair costs as well as original spare parts in case you break your phone. Redeeming the warranty is simple and you can find out more about it here. 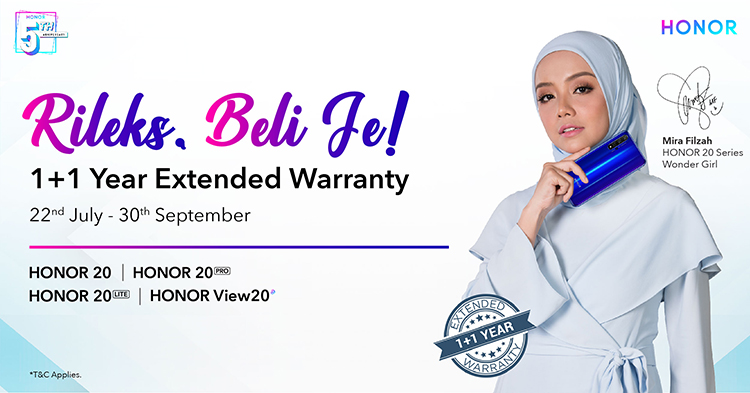 The HONOR 20 Pro boasts its claim as the #LowLightChampion with its quad camera setup and seeing the photos it has taken, we definitely agree. So far, there’s no official Malaysia release date or Malaysia price for the device yet but we’re assuming that it should be happening early August. The starting price for the device in Europe is currently 599 Euros (~RM2767) but we may be getting a cheaper price here. Any bets on the price? Keep up with the latest HONOR news on TechNave.com! 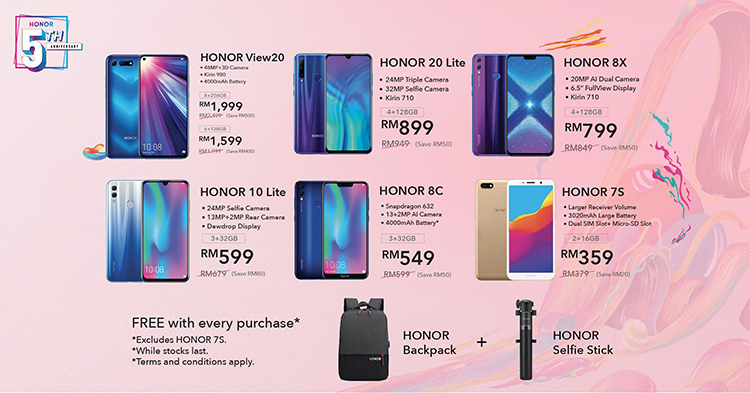