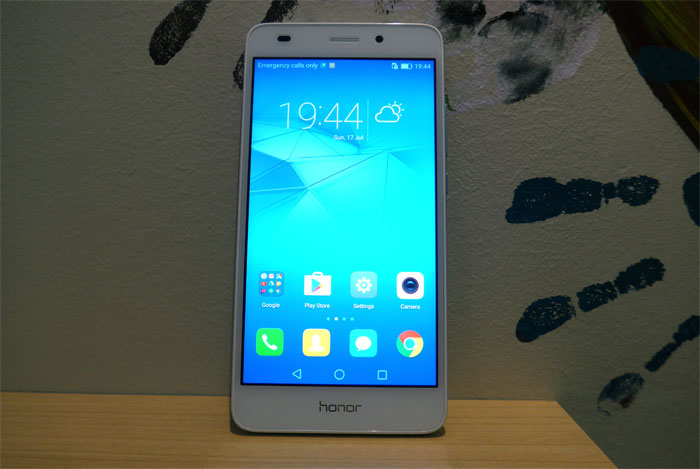 This is not the first Honor phone that has passed through our labs. We have seen the bigger brother Honor 5X getting great comments from our reviewers, and who can forget the flagship specced Honor 7 that was priced like a mid-ranger?

The Honor 5C is the latest model to come from the China based company, and what it brings to the table is a combination of good features (5.2 inch Full HD screen, Kirin 650 quad-core processor, 2GB RAM) with a nice looking body that features a metal back – all for under RM 800. Does it deliver? Lets find out in this review.

You can’t mistake the phone anything other than coming from Honor. The brand is clearly stated in front and the back of the device – but that is also a good thing, as nowadays most smartphones share similar design. Talking about design, the Honor 5C gets brownie points because it felt comfortable in the hand – a hallmark of good ergonomic design. No sharp edges, no creaks (unless you really twist it) and no unwanted corners. We like that in a design. 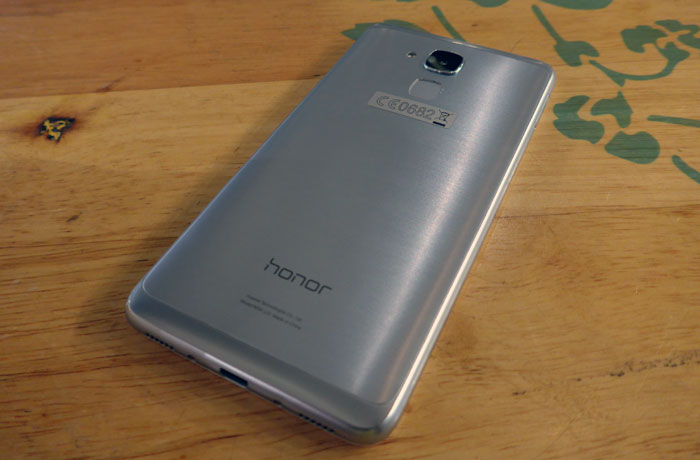 The standout design is the back metal backing. Note that we did not say full metal back – Honor has elected to just put in a metal backing over the polycarbonate body rather than have it feature a full metal body. However, we can’t fault Honor with the choice as the construction of the phone still felt a grade higher than it is, i.e. it feels more mahal than the price-lah.

For something that costs less than RM 800, the Honor 5C features a fingerprint scanner – similar to the Honor 5X but just a tad slower in recognising the fingerprint recorded in the system. However, it still features the same gesture controls as the bigger brothers, so that is a plus point for it. 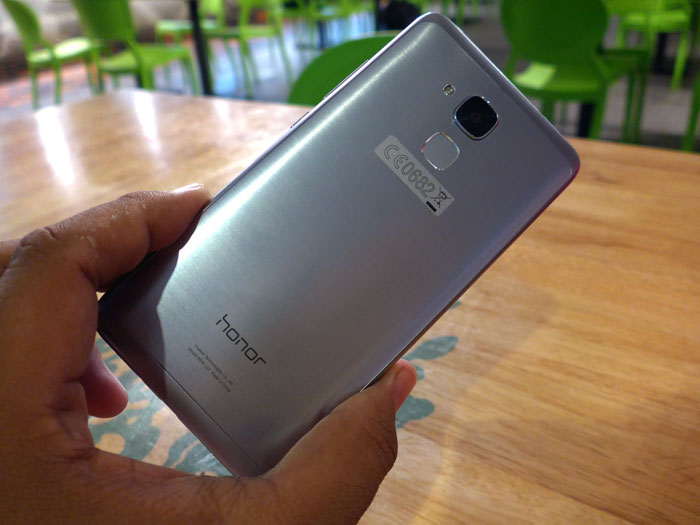 At only 8.3 mm, the phone does not feel too bulky in the hands, and the smaller 5.2-inch screen also helps in keeping the bulk down, so that it fits nicely in the palm or even in your pocket. One bad design element of the Honor 5C is the slightly raised camera module – we wished that the camera can be flush with the body like on the Huawei P9 but asides from that, everything else looks very premium.

Going around the device, the bottom reveals the speaker grilles flanking the microUSB port, while on the left hand side sits the SIM/MicroSD tray door. The right is where the power and volume controls are located. On the top there is a 3.5mm audio jack, and the noise reduction microphone for better audio quality during calls.

The sound quality of the speakers are acceptable for its price - it doesn't break at high volumes. However once you go to maximum, you will hear distortions. In any case a pretty decent set of speakers as it can fill up your immediate vicinity, and because it is located at the bottom, the sound doesn't get muddled if you place it on any surface, and the cupping method will greatly help in increasing the volume of the phone. 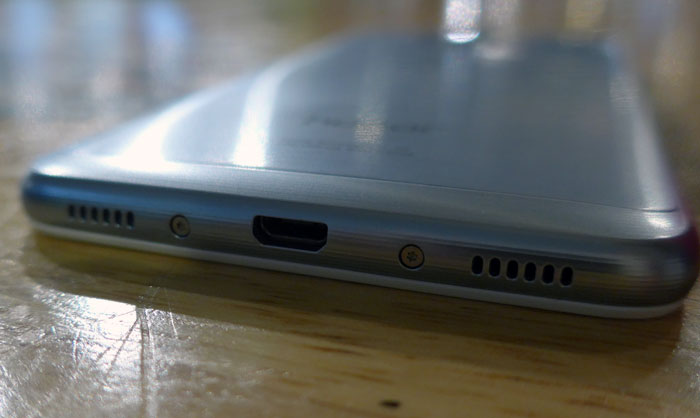 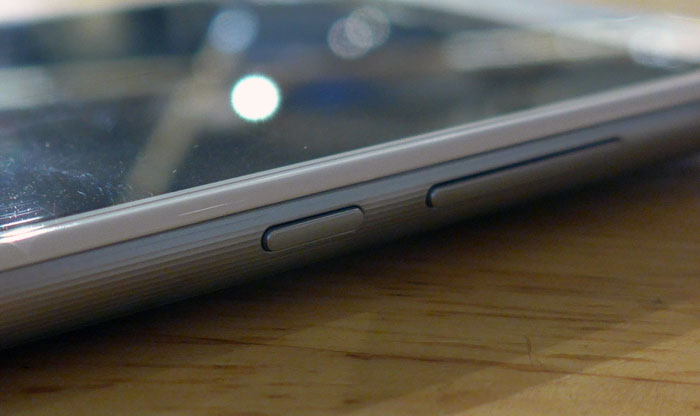 Tech Specs and Features – Kirin-powered device for the masses

As a recap, the specs of the Honor 5C are as listed below:

While the specs will not win any performance race, the day-to-day performance was actually pretty good, with enough grunt in the Kirin 650 to power just about any app we threw at it, as well as having a long battery life. The fingerprint scanner just below the camera module 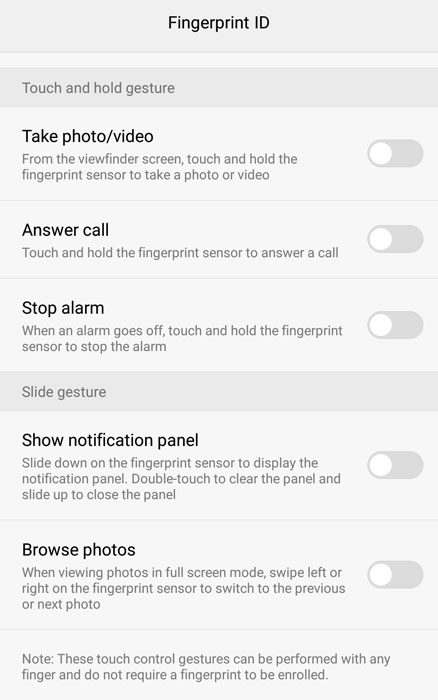 Control many things with just a single finger

Honor is using the EMUI 4.1 OS, based on Android 6.0 Marshmallow - just like its brother in Huawei. The UI for EMUI is the same between the two companies - with just minor branding differences here and there in the menu. Thanks to the Android 6.0, EMUI 4.1 is smooth even on this mid-range device, with no lag when going through menu, settings or apps on the home screen.

Speaking of apps, the EMUI does not feature an app drawer, so users who are used to app drawers may need to relearn a few things while using this smartphone. 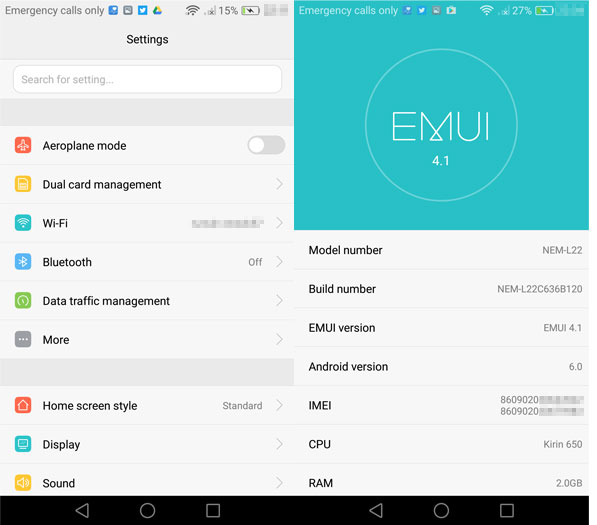 A quick glimpse of the settings menu and the EMUI information

Performance – Can just about take a beating

As per usual, we ran the bevy of tests that is expected these days. For Antutu, it scored 53072 points – right in the middle of the pack of new performers. Gaming wise the Honor 5C is a good performer as well, netting a score of 11569 in 3DMark Ice Storm Unlimited test. We tried Asphalt 8: Airborne, and it ran without any hitch as well. Even Epic Citadel, the Unreal Engine test ran nicely, with an average framerate of 42.2 fps – perfectly good for mid-level 3D gaming. 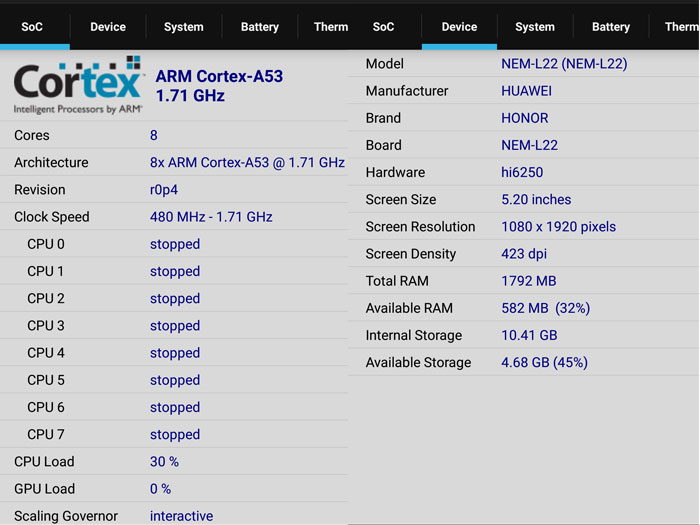 Here are the stats of the processor and system 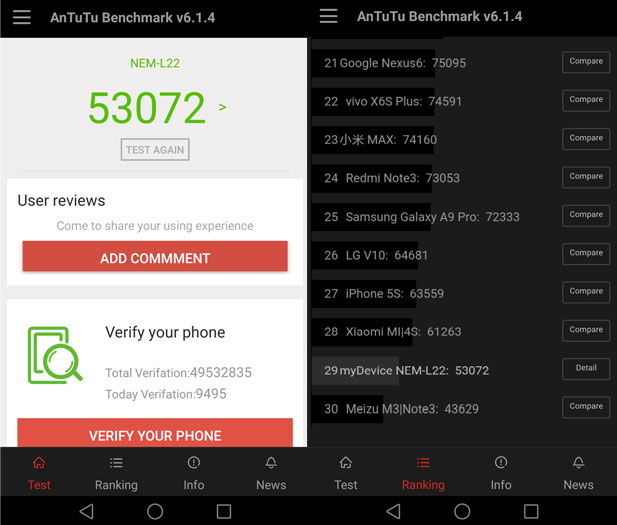 It can stand on its own comfortably 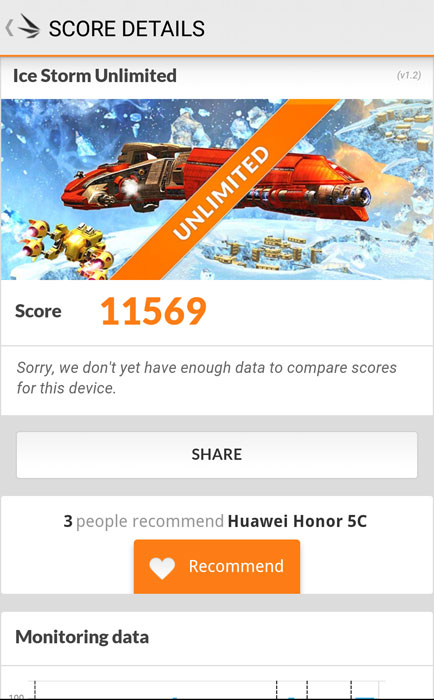 Even for 3DMark tests 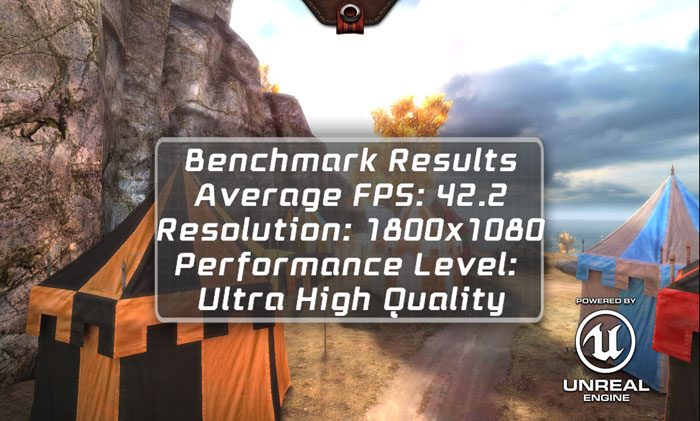 The battery for the Honor 5C may just be a 3000mAh unit, but when we tested it on a day-to-day basis, it performed like a unit that is 30% larger. We frequently managed to get over 10 hours of battery life per charge with heavy usage (WiFi on, display brightness 70%, 4G on, moderate screen-on time) and when we tried a casual user scenario, 14-15 hour days are the norm. Intense video playback and gaming does cut into the battery life, but even then we saw a solid 8-hour battery life. Impressive and probably partly due to the Kirin 650 processor powering the device. 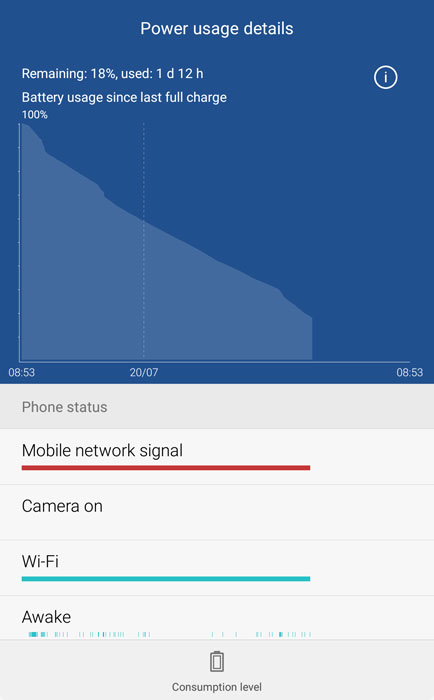 The 13 megapixel on the Honor 5C is one of the nicer mid-range smartphones we have encountered thus far. The images captured are most of the time spot on, and the high resolution of the sensor is enough to pick up details in most of the scenes we pointed it to. Low light was not too much of a problem with the Honor 5C, but it does have a bit of a cooler tone out of the camera. You may want to edit it a bit to get punchier colours at night. 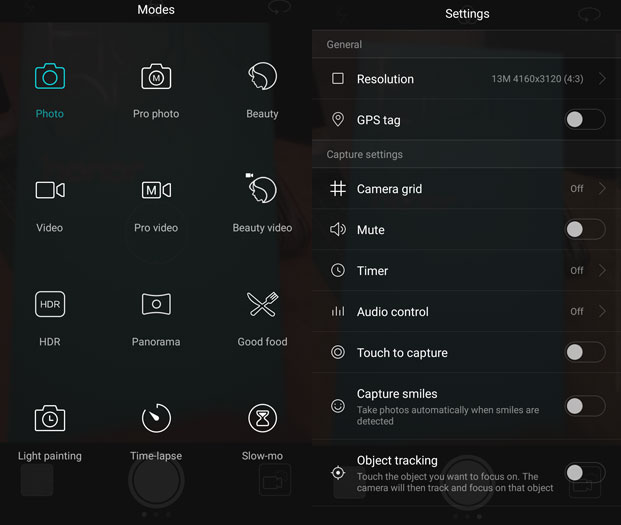 The other available options for shooting and settings 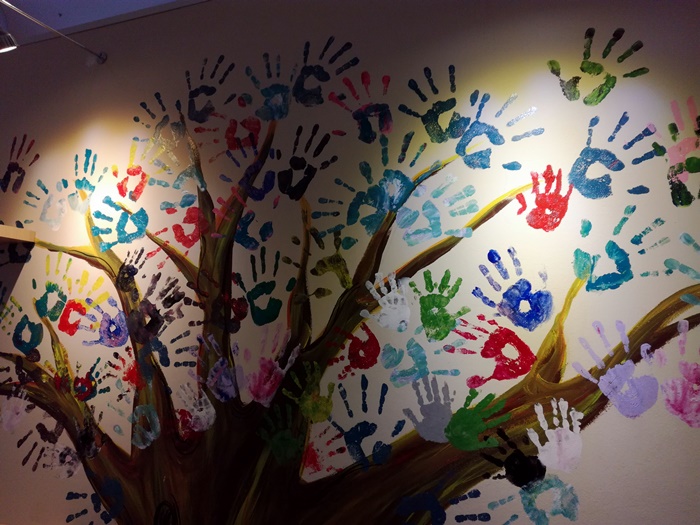 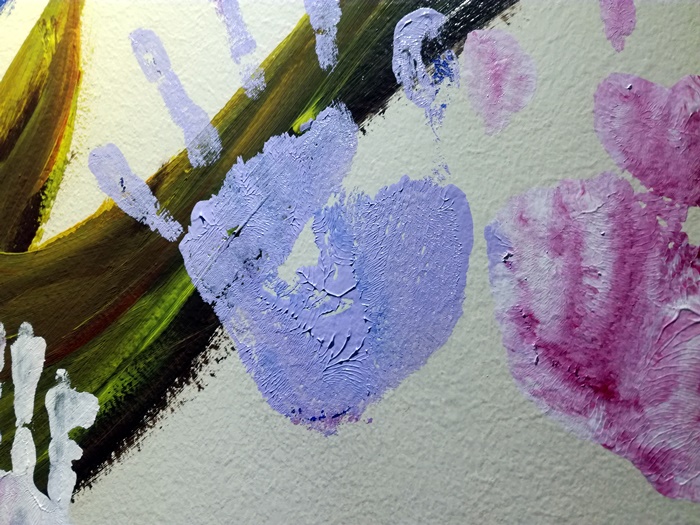 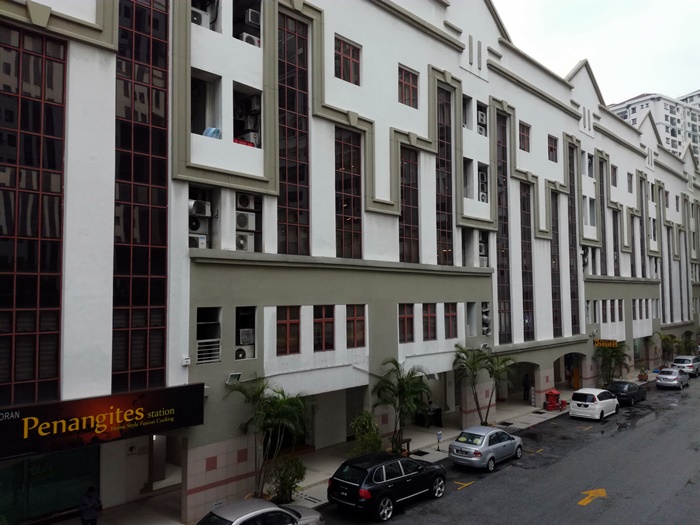 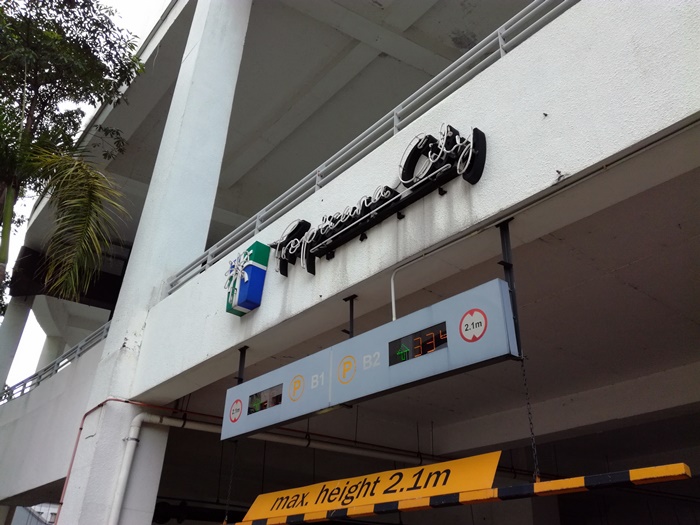 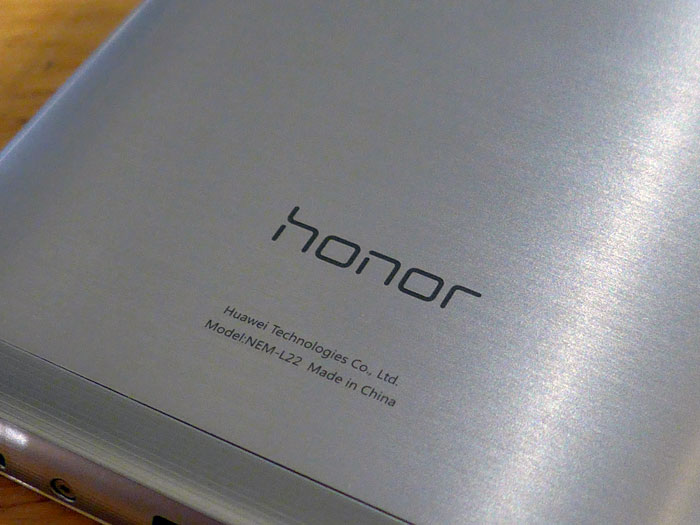 The Honor 5C can be labeled as the 'smaller' brother of the Honor 5X, but don’t let the moniker fool you – it can stand on its own, thank you very much. The combination of the power-sipping Kirin 650 processor, 3000mAh battery and good design makes this phone a compelling buy for anyone, especially when you consider that it can be yours for only RM 799 straight from VMall.my.

The closest competitor would be the Xiaomi Redmi Note 2, which features similar specs but without the metal back and the fingerprint scanner. The other competitor is the Flash Plus 2, which features a full metal body but with a MediaTek chipset. Even so, the Honor 5C is a very compelling purchase for anyone who is looking for a good-for-value smartphone to own for themselves.