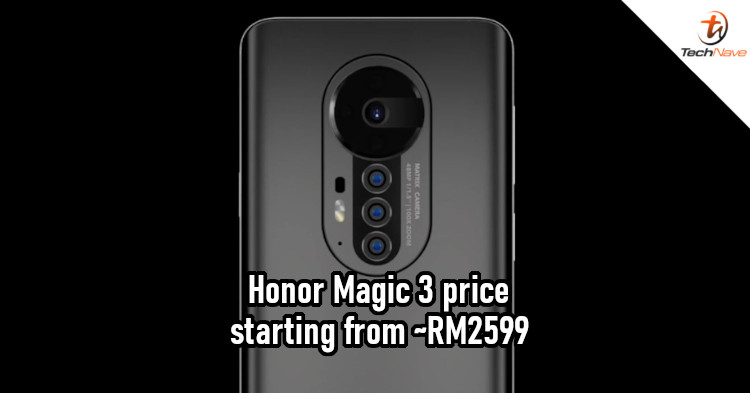 Late last month, Honor confirmed that the Magic 3 series would come with the Snapdragon 888+ chipset. We also know that the launch would happen on 12 August 2021, but not much else was revealed so far. However, sources claim to know the prices for the two models.

Besides the new SD888+ chipset, it's allegedly going to have a 6.76-inch AMOLED screen (1334x2772), 100W fast-charging, and 50W wireless charging. In terms of cameras, it has what seems to be a triple front camera - one under-display lens and two regular ones placed in a pill-shaped cutout. There's also going to be a quad-camera at the back, which consists of a 48MP main camera capable of 100x zoom.

If you were to compare the new models with the Magic 2 series from 3 years ago, the upgrade would definitely be worth it. Having said that, would this be the flagship device you'd pick over many others? Let us know in the comments, and stay tuned to TechNave for further updates about it.