How to watch the Huawei P30 series launch livestream online 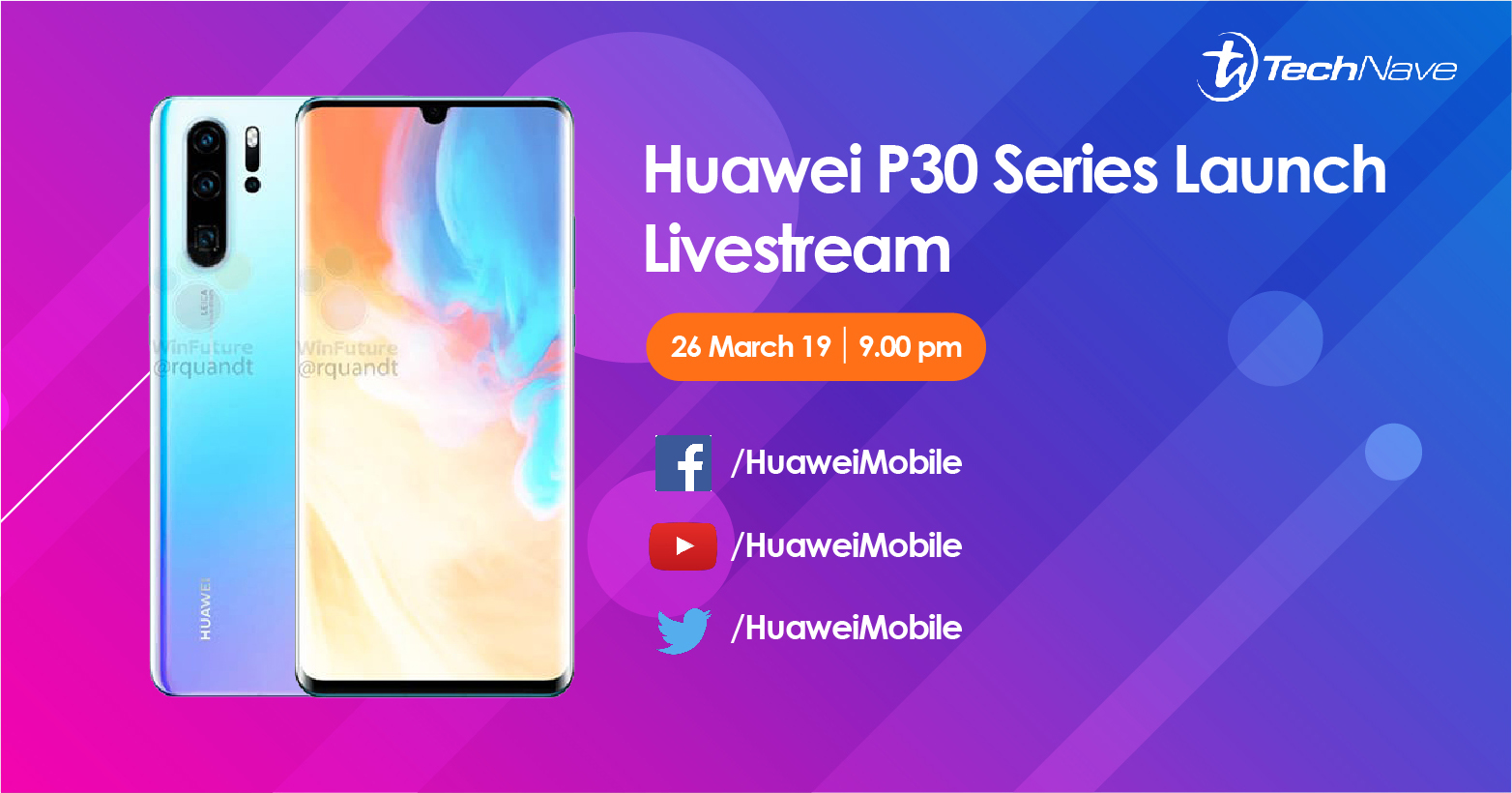 The Huawei P30 series launch will be happening tomorrow on the 26 March 2019 at 9PM(GMT+8), which will be taking place in Paris, France. That being said, many of you will surely question as to where can you catch the live stream of the launch itself.Thankfully, Huawei has passed us links to their official livestreams which will be happening on Facebook, Youtube as well as Twitter simultaneously. As far as what we know, the P30 Pro which is the flagship of the P30 series is expected to come with various photography improvements which feature up to 50X zoom and up to 409600 ISO and more.

On a separate report, the specs of the P30 Pro has been leaked on Amazon Italy showing that it is equipped with the HiSilicon Kirin 980, 8GB of RAM, up to 512GB of internal storage, 6.47-inch dual edge display with inbuilt fingerprint sensor, 40MP + 20MP + 8MP rear sensors, 32MP front-facing selfie camera and 4200mAh battery. For more updates like this, stay tuned to TechNave.com.