Current Location: Home > News > Huawei Mate 10 could be coming on 16 October 2017 in Munich according to leaked teaser

The upcoming Huawei Mate 10 will apparently be skipping IFA 2017 (which is due in September 2017) as a leaked teaser invite from techprolonged seems to indicate that we'll "Meet the device worth waiting for" on 16 October 2017 in Munich, Germany. The teaser doesn't reveal anything else except a big 10 in the background, but the Mate 10 has been rumoured to have a 6.1-inch bezel-less display called Entire-View that features a 2160 x 1080 pixel resolution and 18:9 aspect ratio. 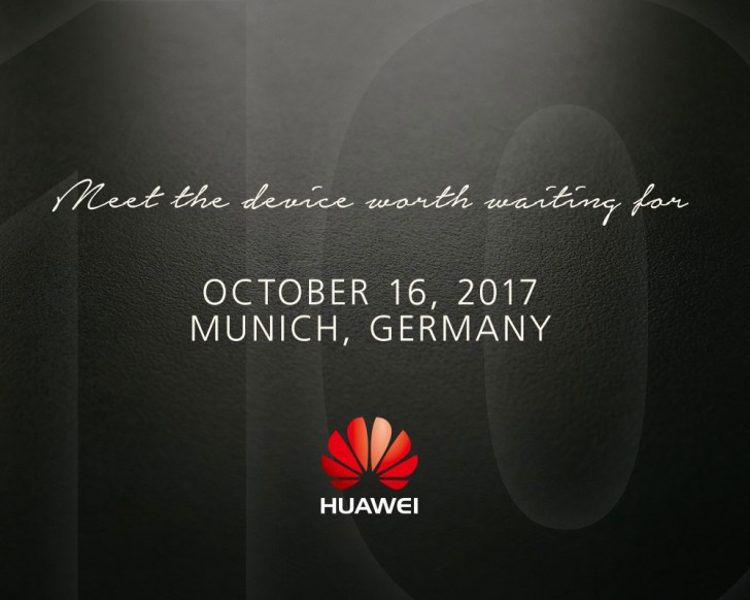 Other rumoured tech specs includes the latest and still unrevealed Kirin 970 processor with 6GB of RAM. We expect it to bring a bigger battery to the table but probably the same front and back Leica cameras as in the Huawei P10. No Malaysia release dates or pricing details but Huawei have already confirmed that the Mate 10 will be priced below RM3K, perhaps at an affordable range of RM2700 to RM2999. Stay tuned to TechNave.com for more updates.