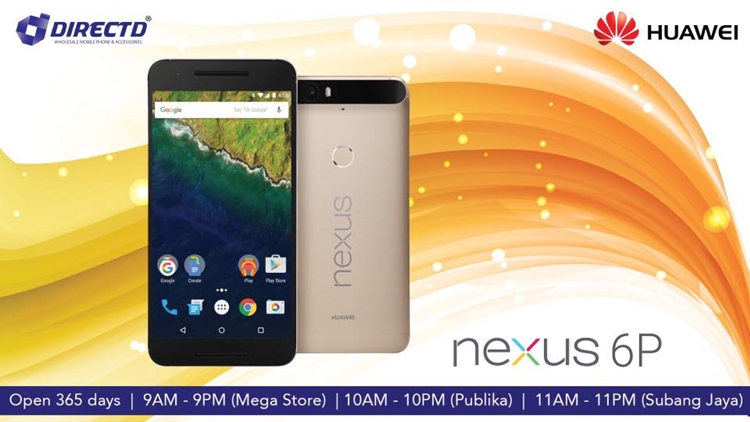 Check this out Nexus fans! Local tech retailers DirectD have suddenly slashed the price of the beautiful and powerful Huawei Nexus 6P to RM1899 from its original retail price of RM2698. That’s like almost RM800 less!

Other than the fact that the Nexus 6P was the first Nexus device with official support from Google Malaysia, it still houses some of the most impressive specs, even by today’s standards:

Those who are interested should hurry up and purchase it here at their online retail store or simply head over to your nearest DirectD retail outlet all over KL. They didn’t mention for how long this offer will last, but it should be until stocks last, so do hurry it up!

For more information, you can check out their official Facebook page.