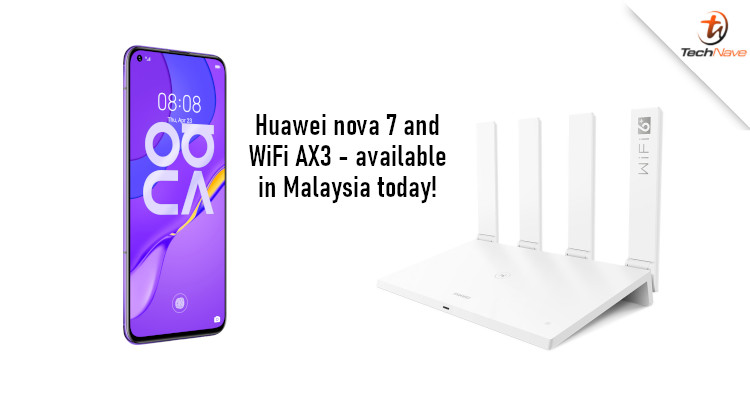 Some of you have been waiting for it but wait no more. The Huawei nova 7 and WiFi AX3 are finally available today onwards. If you're looking at getting a great upper-midrange smartphone or the world's first router with WiFi 6 technology that's surprisingly affordable, you might want to pay attention to what Huawei has.

In conjunction with the release of the two products today, Huawei Malaysia will have a bundle deal where you get goodies worth up to RM1315 when you purchase both the nova 7 and WiFi AX3. But let's take a look at what Huawei Malaysia has in store for customers with this launch, as well as some details on the two new products too! 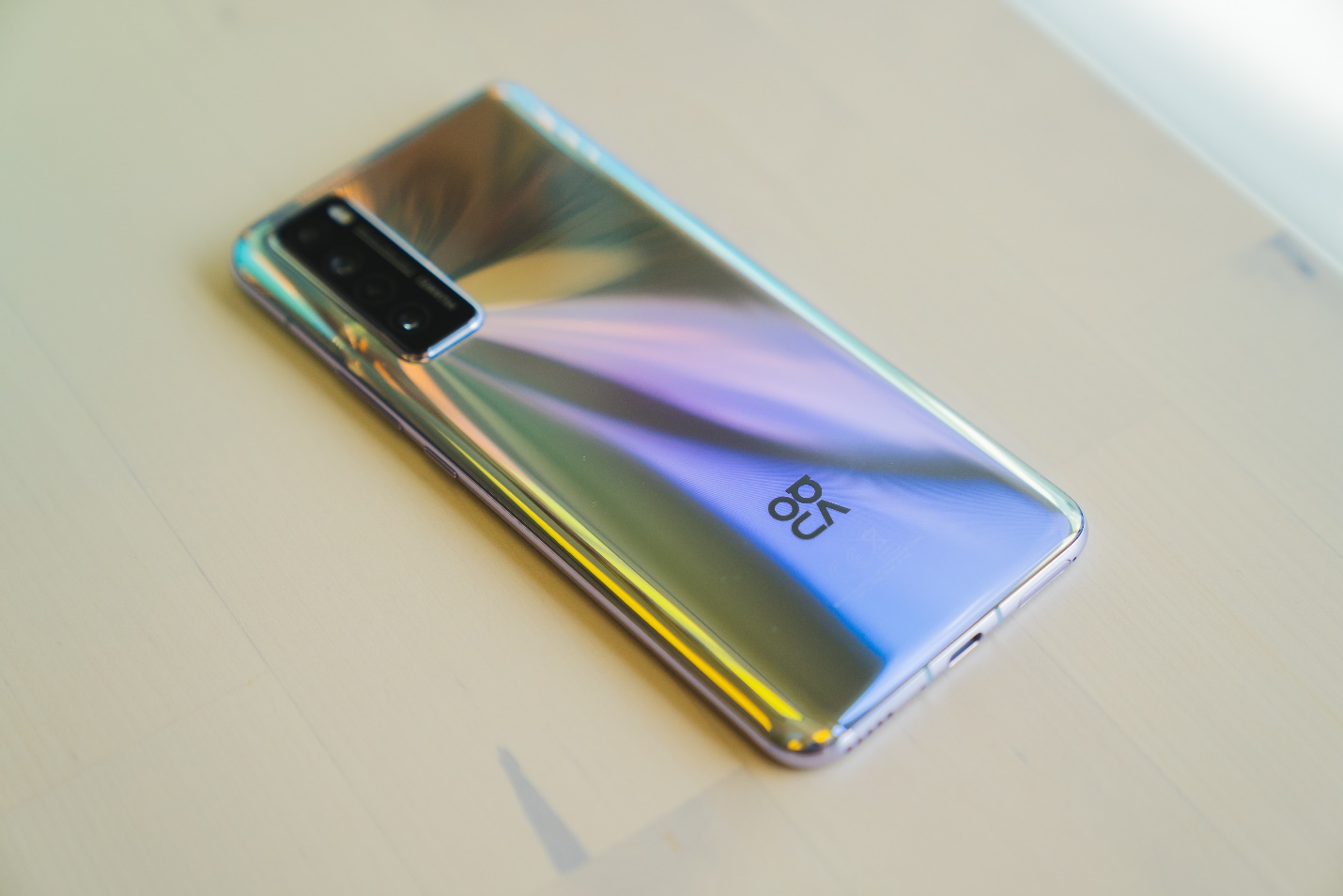 Let's touch on the devices first, starting with the Huawei nova 7. This upper-midrange smartphone comes with some rather impressive specs for the price of RM1999. Not only does it have a Kirin 985 5G chipset but also 8GB of RAM and 256GB of internal storage, more than enough space to store and run all the apps you regularly use. There's also a 4000mAh battery and 40W SuperCharge to keep it constantly going.

Besides the core components, this device also comes with a 6.53-inch OLED FullView display that has an in-screen fingerprint sensor, a beefy 32MP selfie camera, and a rear quad-camera setup featuring a 64MP main lens. As for useful features, it has the Huawei MEETime video meeting app, Super Night Selfie 3.0, and the recently announced Petal Search - a search engine tool for Huawei devices. Moving on, let's look at the Huawei WiFi AX3 that was recently revealed. As the name indicates, this is a wireless-AX (WiFi 6) router that comes with a quad-core Gigahome CPU. It's able to deliver up to 3000 Mbps (574 Mbps via 2.4GHz + 2402 Mbps via 5GHz), supports a maximum of 128 connections, and has a 160MHz frequency bandwidth that provides greater wall penetration for its signals. All these come in a very affordable device that is priced at RM299.

Doubling down for just RM6.30/day

As an increasing number of its devices gain connected features, it makes sense for Huawei to bundle its devices together. With the Together 2020 campaign, you get to purchase the Huawei nova 7 and WiFi AX3 for as low as RM6.30 per day. You can find out more about that campaign here. 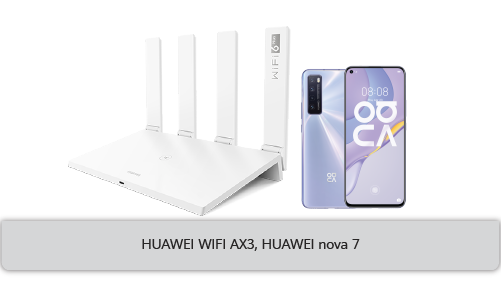 But why get both of these devices together? Well, the Huawei nova 7's Kirin 985 5G chipset can be great for mobile gaming. And many of these games need an internet connection, so getting the ultra-fast WiFi AX3 router can ensure your connection stays healthy. The One-Tap-To-Connect feature also makes it possible for you to connect the phone to the router easily, without needing to type in a password that may be too complicated to remember. There are plenty of applications for such a feature, so it's definitely worth looking into.

Wait, we're not quite done yet! Huawei has announced that those who purchased the Huawei nova 7 will get some tasty bonuses worth up to RM1000. These include rewards at AirAsia Big, Baskin Robbin's, Domino's Pizza, Puma, Texas Chicken, Lazada, Free Fire and more. For those who live in Penang, you'll also be able to get a free 5-hour parking ticket with the Penang Smart Parking application via the Huawei AppGallery. 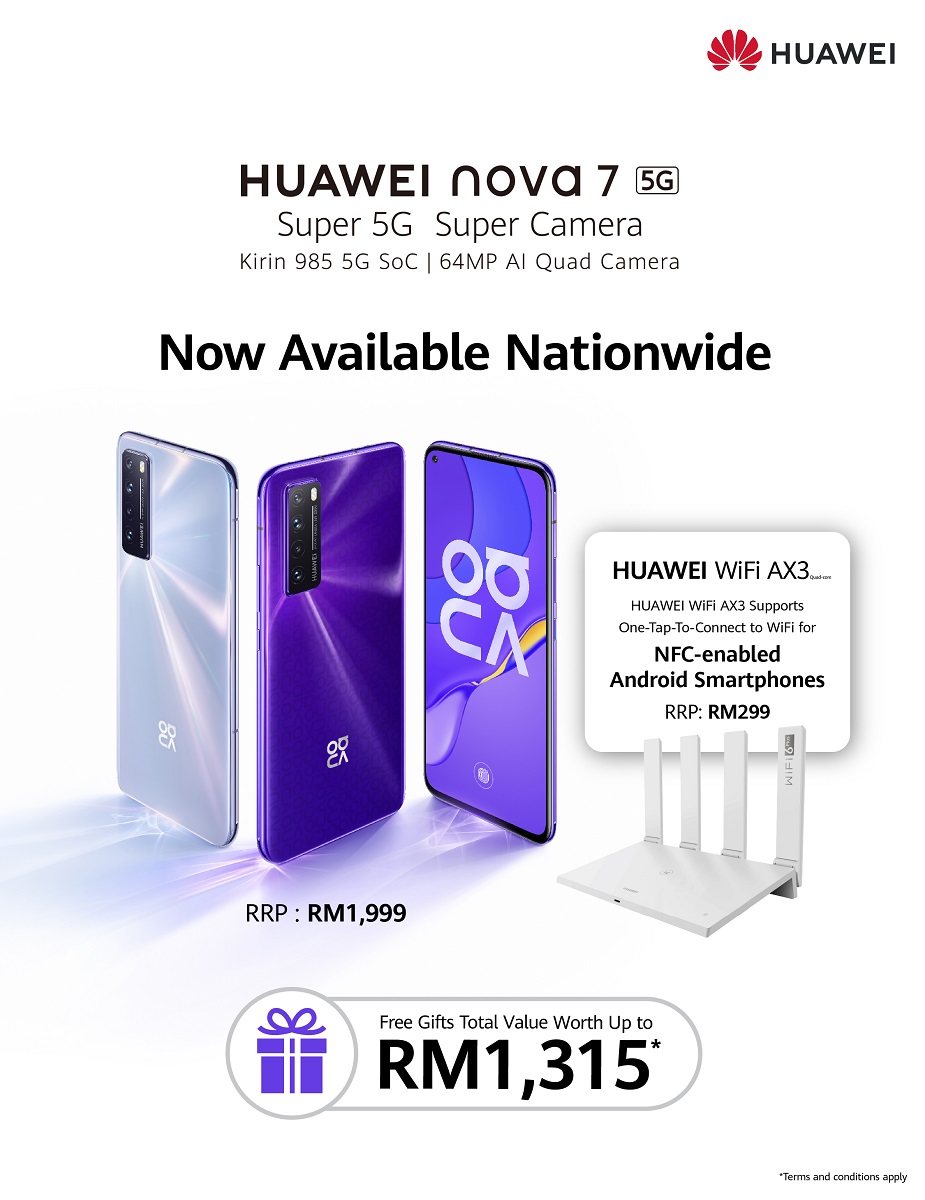 If all the above sounds like something you'd like, do check out Huawei's online store for more details of the nova 7 and WiFi AX3. But with that said, what do you think about these two devices? Let us know on our Facebook page and stay tuned to TechNave.com for more on the latest mobile gadgets.