Current Location: Home > News > Is the Samsung Galaxy A72 featuring a quad rear camera instead of five?


Is the Samsung Galaxy A72 featuring a quad rear camera instead of five? 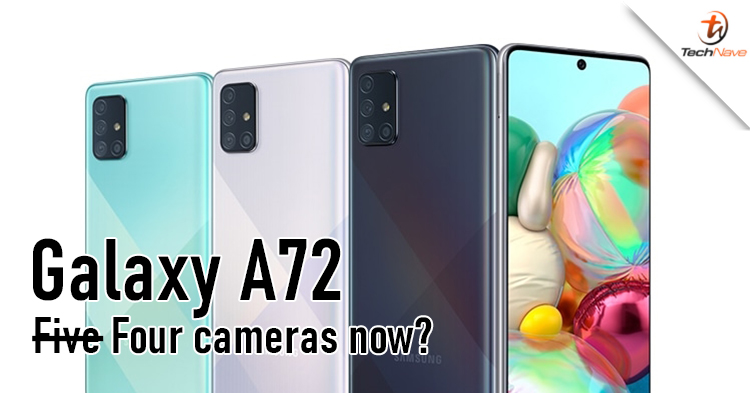 A few months ago, there was a rumour that mentioned the Samsung Galaxy A72 may have a penta-camera setup. Based on the previous rumour, the device might perhaps sport a 64MP (main camera) + 12MP (ultra-wide lens) + 8MP (telephoto lens) + 5MP (macro lens) + 5MP (depth sensor).

According to the leaker - Chun, he tweeted on Twitter that the device could come with a quad-rear camera. We think the company could remove one of the sensors, either remove the macro lens or depth sensor. On top of that, the device might come with an Exynos 1080 chipset, supports 25W fast charging, and run One UI 3.0 based on Android 11.

This is just a leak, so why not just take it with a pinch of salt and don't be serious about it. Are you looking forward to the Galaxy A72? Let us know in the comments below and be sure to stay tuned for more tech news on TechNave.com.