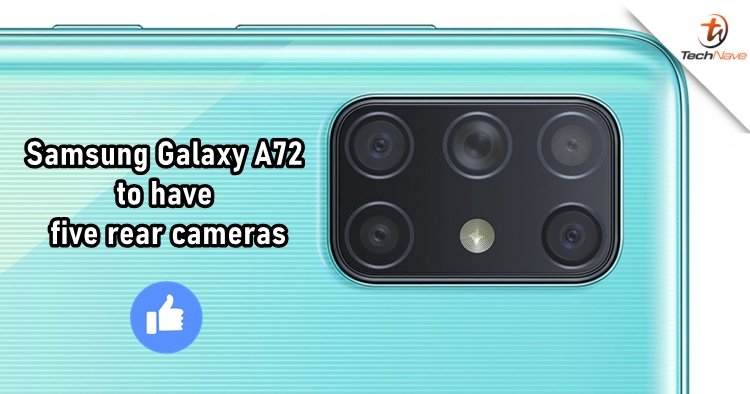 When it comes to the Galaxy A series, Samsung likes to experiment with new smartphone camera trends on the devices. The company was actually the first smartphone manufacturer to bring a device with a quad-camera setup into the market and it's the Galaxy A9. Now, it is reported that Samsung is working on the Galaxy A72 which will have a penta-camera setup.

If you are wondering whether this would be the first smartphone to come with five rear cameras, the answer is no. Last year, Nokia has already launched the Nokia 9 PureView and that's the first. The Galaxy A72 could bring a 64MP main sensor, a 12MP ultra-wide lens, an 8MP telephoto lens (3x zoom), a 5MP macro lens, and a 5 MP depth sensor. Other than that, it is also said that the device would be the first A-series phone to have optical image stabilization (OIS). Besides the Galaxy A72, the source claims that Samsung would launch A52 as well at the same event. This one would come with a quad-camera setup that is similar to the Galaxy A51. However, it was reported earlier that the device will have an upgraded 64MP main sensor. The next-gen A-series smartphones are expected to be launched in the first half of 2021.

Let us know what you think about the upcoming A-series smartphones on our Facebook page. Stay tuned to TechNave.com for more latest smartphone updates.