Leak of 5.4-inch iPhone 12 shows no change to notch 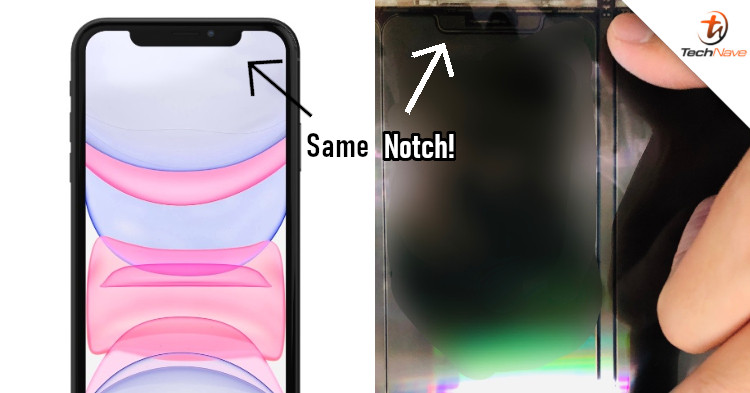 Back in April, there was a rumour that a diagram for an iPhone 12 without a notch was found in the iOS 14 coding. In truth, this is likely for a device Apple has planned next year and not the iPhone 12. Why? Because a new leak shows us that the notch on the iPhone 12's display is the same as the one from last year.

Tipster Digital Chat Station posted a leaked image of the 5.4-inch iPhone 12's display yesterday. As you can see, the thick notch at the top remained mostly the same shape as the one from the iPhone 11. However, this particular 5.4-inch model is going to be very compact and should comfortably fit in one hand. You can probably expect it to be around the size of the iPhone SE 2020.

There are still a lot of things we don't know about the iPhone 12 series, but a few info have come to light. One of them is the battery capacity, which was rumoured in a recent leak. Allegedly, the base iPhone 12 model will have a 2227mAh battery. It's also supposed to have better autofocus for its rear camera after the change to new mobile camera suppliers. There is also a rumour that Apple may introduce a desktop mode, sort of like Samsung devices with the Samsung Dex.

With the launch of the iPhone 12 series set for September 2020, expect more leaks to appear in the coming weeks. But with that said, do you mind that Apple is maintaining the notch on the 5.4-inch iPhone 12 or would you have preferred it to be notchless? Let us know on our Facebook page and stay tuned to TechNave.com for more news and updates.