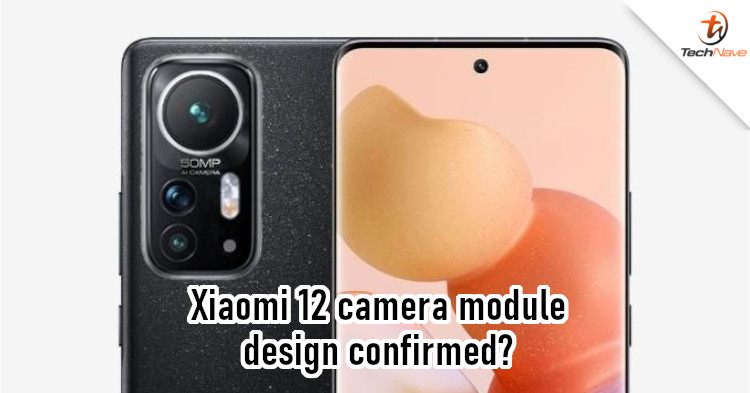 Late last month, it was rumoured that Xiaomi was getting ready to launch the Xiaomi 12 series on 12 December 2021. There's been plenty of rumours and renders of the new series for a long time. But this time, we seem to have something that may have confirmed the camera module layout.

A new leak on Weibo shows what seems to be the physical back cover of the Xiaomi 12. Based on the leaked image, the Xiaomi 12 has one main camera (wide-angle), ultra-wide-angle camera, macro camera, and an unknown 'pressure relieve valve'. Previously, a render for the device showed the same layout. In other words, we can probably assume that this is indeed the Xiaomi 12. Besides the camera specs, the Xiaomi 12 is expected to feature the new Snapdragon 8 Gen 1. There's also rumours that there will be a Xiaomi 12X variant, which will feature the Snapdragon 870 chipset instead. All variants should also have at least 8GB of RAM, 128GB of storage, and a 4600mAh battery.

Of course, a new generation could mean new advancements, so maybe Xiaomi will surprise us with the new models. But so far, it looks like the specs will mostly be as predicted. What do you think? Share your thoughts in the comments, and stay tuned to TechNave for further updates on this.