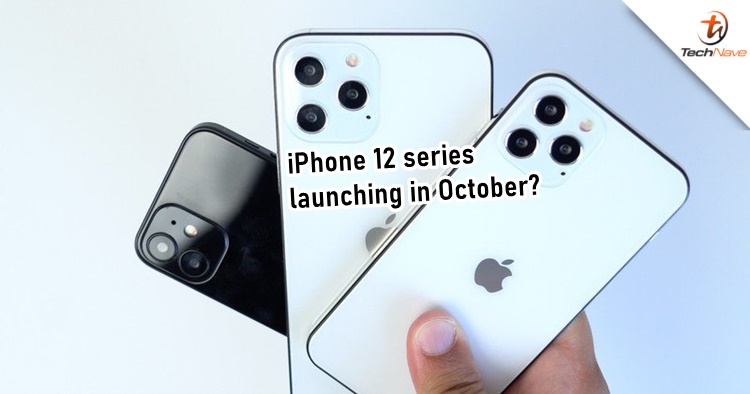 Earlier this month, we got some news that Apple could be considering launching two events for the upcoming iPhone 12 series. Given the current circumstances, we think it's quite possible and now with the latest leak by @jon_prosser, he tweeted that the iPhone 12 series will have its own event in October.

According to his leaks, the upcoming Apple Watch 6 series and iPad might be launch on 7 September 2020 first then followed by the iPhone 12 series on 12 October 2020. But that's not all, he even has the dates on the pre-orders and shipping week which is 12th and 19th of October respectively, as well as claiming the iPhone 12 Pro devices to come at a later date in November. @jon-prosser is quite a well-known leakster, but even he himself said that there's a good chance that dates could change in this period.

Furthermore, he also said that "for now, this is the info in the system". But we think we should just take this piece of news with a grain of salt, as he also had made some wrong predictions such as iOS changing to iPhoneOS and an AirPower charging mat which turned out to be a clone device that doesn't do anything. Nonetheless, the rumour of Apple launching two separate events cannot be ignored.

Should it be true, then it'd be the first time for Apple to do such a thing. Until then, we can only wait for the official news by the company so stay tuned for more trending tech news at TechNave.com.