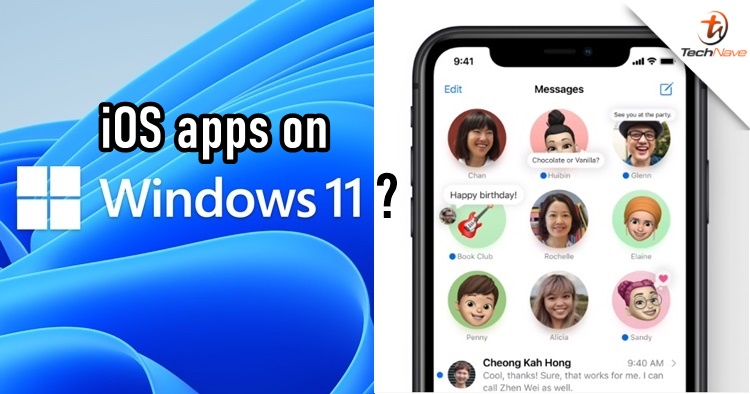 Windows 11 is certainly the buzz of the day. We have covered some highlighted Windows 11 functions, checking your laptop or PC's eligibility, and Android app requiring an Amazon AppStore account. That being said, Microsoft CEO Satya Nadella told the Wall Street Journal that it's also possible for Apple apps to appear on Windows 11.

During an interview, Nadella mentioned that the company would "love to make sure that it works better," but at the moment, there isn't any integration between Windows and iOS. With Windows 11 opening up to third-party apps such as Android apps, Nadella is welcoming Apple and other companies to Windows 11 and develop their apps there, such example is Apple's own iMessage.

If you recall, Apple recently announced that FaceTime will be available on both Windows and Android platforms. Despite that, iMessage is an exclusive Apple product because it allows iOS users to chat with each other for free. Moreover, the recent Epic Games vs Apple court case unveiled that bringing iMessage to another platform "would simply serve to remove [an] obstacle to iPhone families giving their kids Android phones".

But what do you think? Should Apple developers come and share some of its apps on Windows 11? Let us know in the comments below and stay tuned for more trending tech news at TechNave.com.