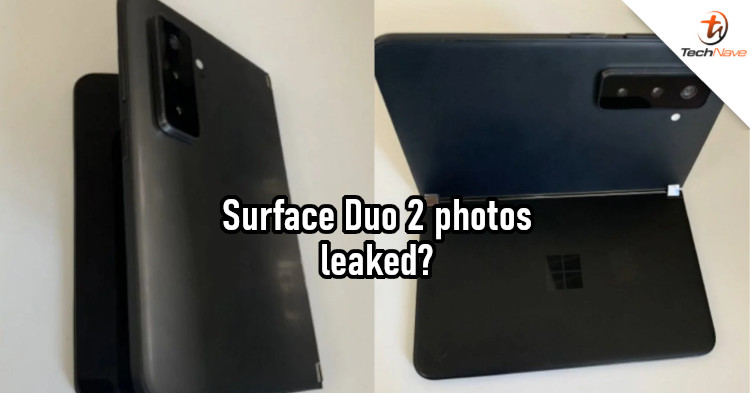 For a lot of enthusiasts, the Microsoft Surface Duo failed to impress. Many felt that its software didn't do enough to showcase what a dual-screen can do. But Microsoft decided to make a sequel anyway, and now we have some photos of the Surface Duo 2.

As revealed by Tech Rat (via Windows Central), photos of the Microsoft Surface Duo 2 suggest that it would have a rear triple-camera setup. In comparison, the first-gen Surface Duo only had one front-facing camera and no rear cameras. While the camera specs have not been revealed, the setup is expected to consist of a standard primary camera, ultra-wide lens, and telephoto lens.

Besides the cameras, the Surface Duo 2 is expected to come with a Snapdragon 888 chipset. This means it'll be a more powerful device at release than its predecessor, which launched with the - at the time - 1-year old Snapdragon 855 chipset. Moreover, it's rumoured that this new model will come with a fingerprint reader integrated into the power button and NFC for wireless payment.

Allegedly, Microsoft will launch this device sometime in October 2021. Well, let's keep an eye open for more leaks. But with that said, would you be more interested in the new Surface Duo 2 launching this year? Let us know in the comments below! Also, stay tuned to TechNave for more updates on this device.