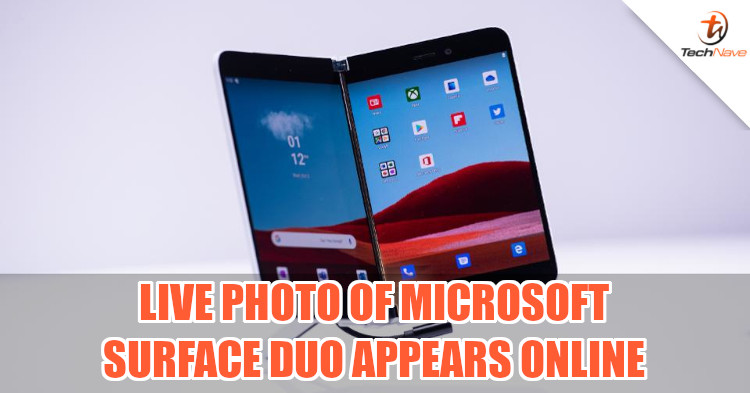 When Microsoft announced that it was working on the Surface Duo, a device with two screens, many people must have been sceptical of the idea. Such a concept has never taken off but Microsoft seems confident that it could work. Regardless, the device is coming soon and was even allegedly spotted live.

Thanks to the keen eyes of Twitter user @yraeu, we now have a photo of someone holding what seems to be Microsoft Surface Duo. From the photo, you can see that the person is holding an Android device with two screens. Both screens are on here, with one showing an Android home screen and the other with a document open. It also seems to have a front-facing camera, flash, and speaker on the right screen.

Hey, not sure if interesting, but I just saw a guy in Vancouver's SkyTrain playing around with Surface Duo. Got photos and videos. pic.twitter.com/TsRQYdD1pz

We're not sure if this photo is real but in our opinion, the Surface Duo could be a fantastic device if Microsoft can successfully get developers to make apps that interact with the two screens as intended. In particular, people who like multitasking should find it useful. But what do you think about this, do you find it interesting? Let us know on our Facebook page and stay tuned to TechNave.com for updates.